Remember early October?  The first six days of the month averaged about 15ºF hotter than average; two of those days had highs in the 100s.  It seemed like cool – let alone ‘cold’ – weather would never come.

November’s average temperature so far is about 8ºF below average.  That’s just a little chill compared to what happens for the rest of this week!

A strong, Arctic cold front surges in Monday night.  Behind it, we expect a brief change from rain to a wintry mix (sleet and snow).  The air coming into Alabama and Tennessee on Tuesday is coming straight from Wisconsin: where snow covers the ground right now: 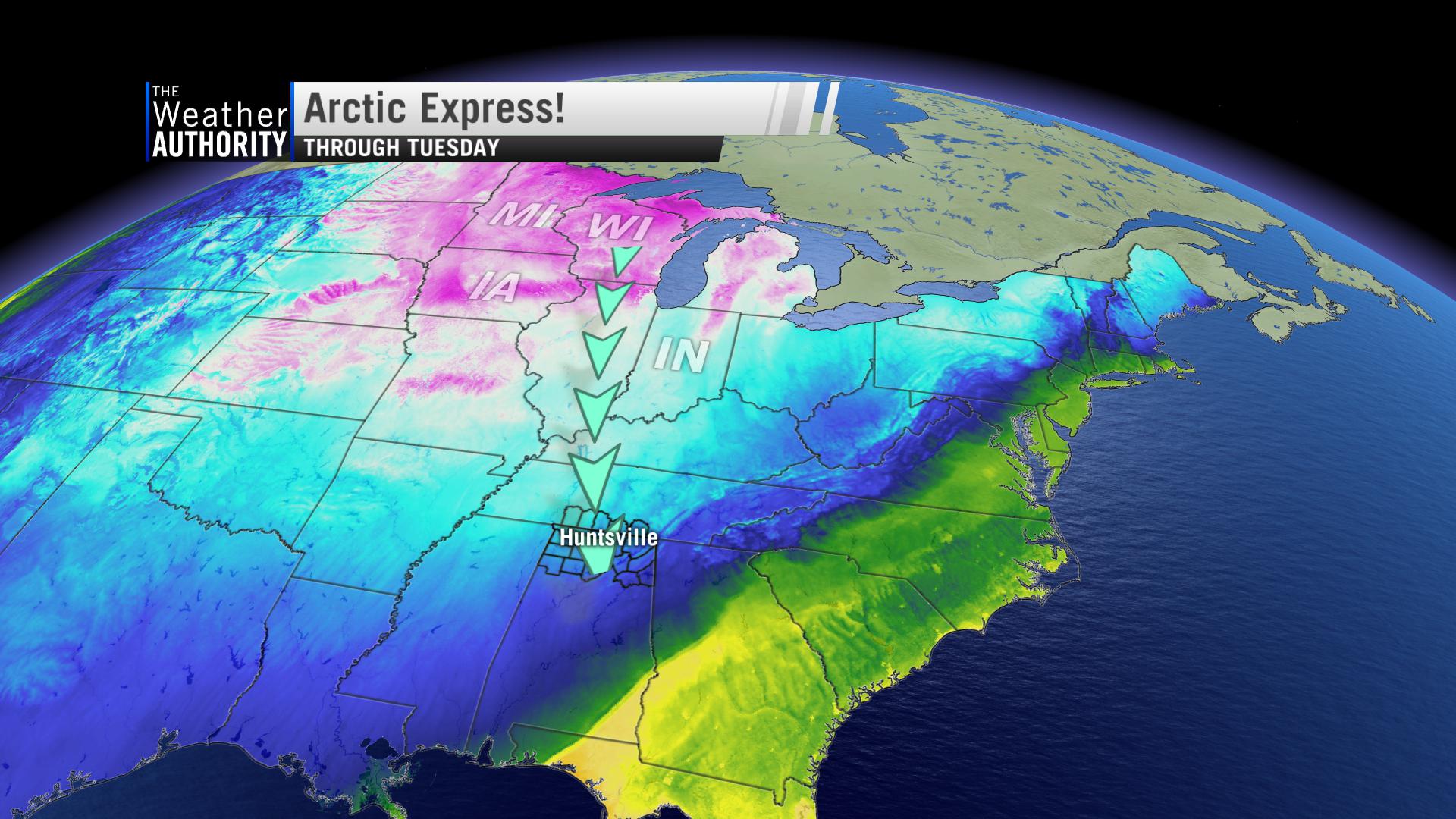 Let’s be clear here: we do NOT expect any impacts to travel on Tuesday morning.  The ground is too warm and wintry precipitation too light to make this a ‘dicey’ situation.

The worst case scenario is this:

Pavement temperatures are so warm that even if an accumulation of snow or sleet temporarily ices a road, it will start melting when the precipitation stops.

The big story is the COLD.

Tuesday night’s low won’t be a record most likely.  The forecast of 19ºF (occurring early Wednesday morning) is three degrees above the record of 16ºF set in 1911.

It will be the coldest ‘early November’ temperature since 1991, though!  Huntsville has only recorded teens six times on or before November 15th going back to 1907!  This is ultra rare cold for this time of the year!