Showers early Thursday did not produce much rain; the largest amount reported in North Alabama was a measly 0.14” near Mount Hester in Colbert County. What little we got earlier today will have to do you for a while, because we are staying dry through at least Friday, Saturday and part of Sunday! 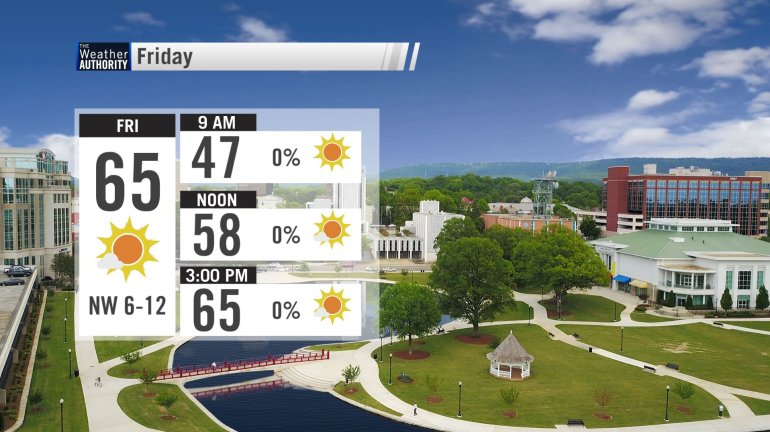 Temperatures plunge into the 30s tonight as chilly air blows in from the north. A little scattered, light frost is possible; however, we expect to remain above 32ºF for most communities tonight and Friday night. Friday and Saturday look pleasant, but we do see some showers coming in as early as Sunday afternoon. 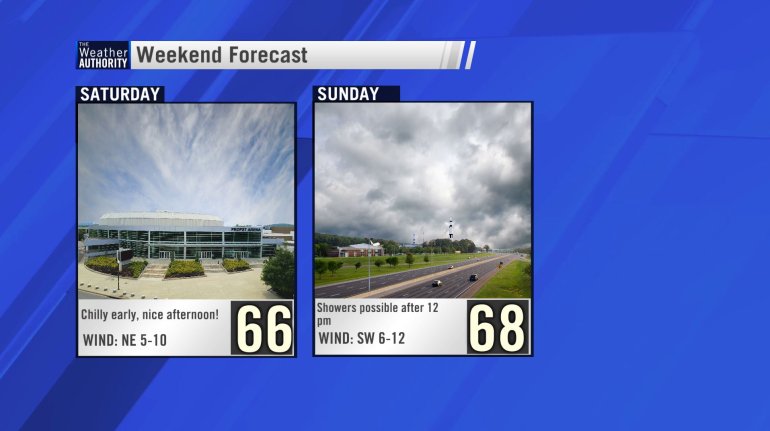 Next chance of rain: The first signs of the pollen onslaught showed up in the past few days, and it’s going to get progressively worse over the next 2-3 weeks! The yellowish-green pine pollen that dusts everything this time of year will be plentiful!

If you’re begging for some rain for allergy relief, you won’t get it until Sunday afternoon (at the earliest). Most likely it comes on Monday with a strong cold front that knocks temperatures back well below the seasonal average for most of next week: including a chance of some more frost by next Wednesday morning.

Total rainfall between Sunday, Monday and Tuesday looks small relative to the time of year we’re in: around 0.4” to 0.9” with a few ‘outliers’ getting a bit more or less.

Extreme weather soon? Alabama’s Spring tornado season got off to a roaring start! With thirty-seven tornadoes recorded so far this calendar year, one has to wonder just how active the season could be going into the April-May peak.

As it stands now, there are zero identifiable threats of severe weather in the next 10-14 days. That doesn’t mean we might not see one sneak in, but the over-all weather pattern is one that favors more chill than warmth and therefore more calm than storm.

Today is the first day of hurricane season for the Atlantic basin. We've already had Arthur and Bertha. We may have Cristobal later this week. Moisture over the Yucatan Peninsula could head to the southern Gulf of Mexico later this week as our next tropical depression. Heavy storms over Central America Monday Morning The National Hurricane Center gives this a 70% (HIGH) chance of development over the next five days. …

The drier airmass that has moved into the Tennessee Valley this weekend has brought a rare gift this time of year: low humidity!

This resulted in morning lows in the mid 50s on Sunday morning, and a repeat is likely again Monday morning.

Spirits are high at Irons Distillery