After a pleasant Saturday that featured a mix of sunshine and clouds, a thick blanket of cloud cover has arrived and it will continue to linger through the beginning of next week. 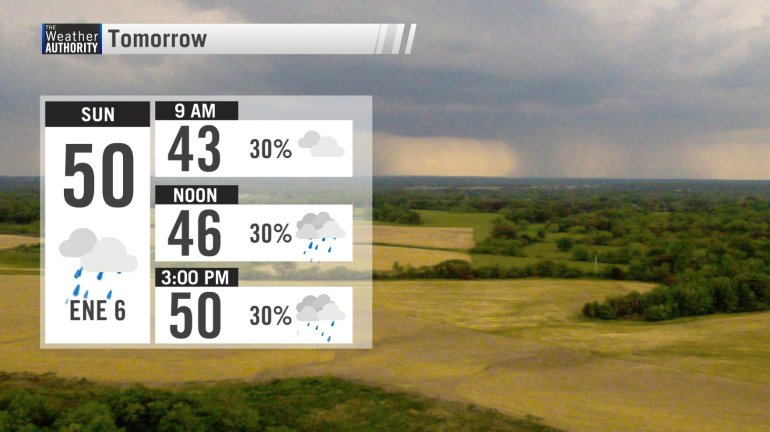 Cloudy weather will keep Sunday morning temperatures above freezing: expect lows in the upper 30s to low 40s. Despite a slightly ‘warmer’ start, the afternoon won’t be much warmer: highs stay in the upper 40s and lower 50s again. Some showers also develop Sunday, but our next best chance of rain comes between Monday and Tuesday of next week.

Showery start to the week: We expect a few (emphasis on ‘few’) showers and some patchy drizzle on Sunday, and there’s only a slightly better chance of some mainly light rain around on Monday. Total rainfall through Monday looks small: around 0.10” to 0.25” in all.

A stronger storm system brings a cold front into Alabama and Tennessee Monday night. Warm, humid air blowing in from the south may give us enough instability (fuel) for some storms and some locally heavy rainfall late Monday into Tuesday morning. There is no notable severe weather threat at this time; however, it is wise to be suspicious of storm systems like this. They’re what we refer to as low CAPE/high shear events: lots of mechanical energy, very little fuel for ‘explosive’ storms. 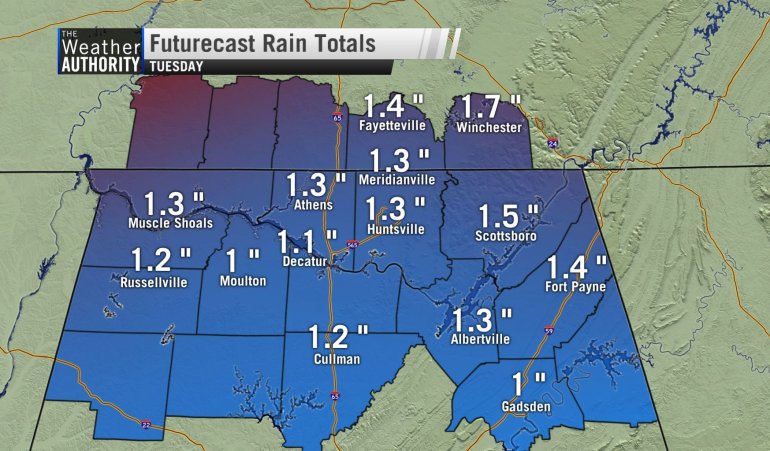 More rain to end the week: Another potent storm system brings a threat of some heavier rain late Thursday (Valentine’s Day) and Friday. It’s way too soon to know if there will or won’t be a severe weather threat involved, but this system (like the one on Tuesday morning) has enough markings to raise some suspicions for the end of the week. 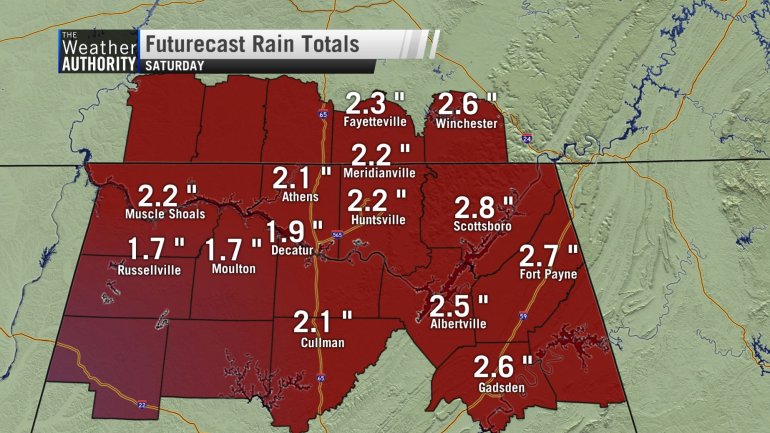