It’s almost comical to look at what we typically expect in October and see the reality. Though we start October Tuesday, record highs and dry weather continue. There is no significant chance of rain over the next seven days. That’s not a surprise as October is historically the driest month of the year. The heat, however, is not. We will have multiple days with highs in the middle to upper 90s as more records are broken. Here is a look at the highs and records through Friday.

The all-time record high for the month of October is 96°F (October 8, 1911) and we have a chance to shatter that on Tuesday as we head into October. Look at the averages for the month of October. By Halloween, the normal is only 70°/46°! We’re normally talking scattered frost by then. There have been years where the week after the Alabama/Tennessee game snow has been reported in the Smoky Mountains. Could be go from one extreme to the other? Only time will tell! 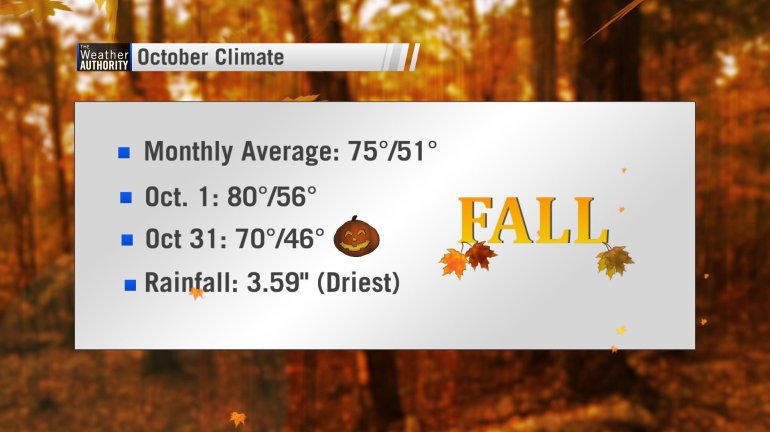 Speaking of extreme to the other! Montana got blanketed with over two feet of snow for the weekend while we stay hot and dry in the Tennessee Valley. I asked Steve and Melissa during the morning show which would they rather have. Do you want a blizzard like parts of Montana received? Do you prefer to keep things the way they are with hot and dry air? Here is their answer. 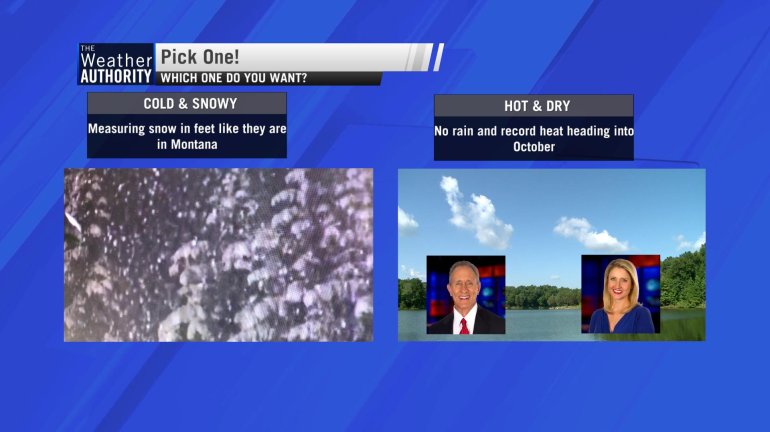 Stormy Weather To Kick Off Next Week

An early week cold front will trigger thunderstorms across the Southern U.S. Sunday and Monday. This has been something we've had our eye on for a little while. As an upper level disturbance lifts northeast from Southern California through the Southern Plains and into the Midwest, a surface low and trailing cold front will trigger showers and storms. On Sunday, the Storm Prediction Center has outlined part of the Southern Plains for the potential for some severe storms, with the main threat being strong straight line winds. The highest risk will be in Northeast Texas and Southeast Oklahoma near the Red River.

At first glance, this system meets some of the criteria we would look for in a potential winter weather setup here. Lapse rates (vertical temperature change), wind profiles, surface temperature and moisture, and a strong low level jet all would support the potential for stronger storms here as well. However, we have some additional limiting factors here that look to prevent our weather from being quite as volatile as Texas and Oklahoma's.