If you recently moved to north Alabama  —  or you’ve lived here your entire life — you need to be aware that April is the peak month for tornadoes during the spring season. 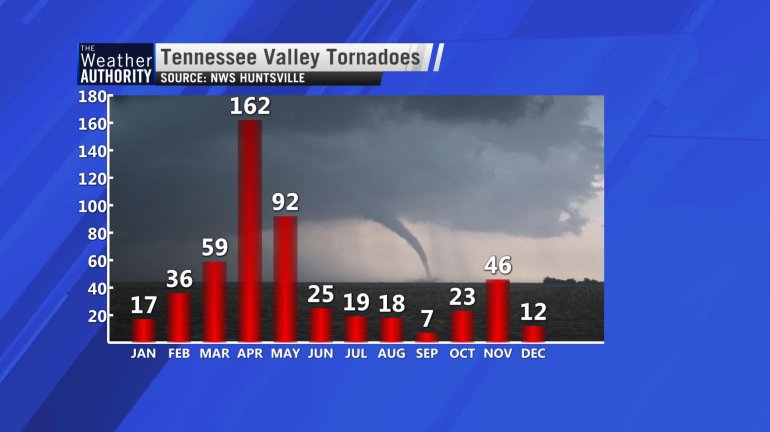 In this month alone, as many as 162 tornadoes have touched down in the Tennessee Valley between the years of 1950 and 2016, per the National Weather Service in Huntsville.

This trend is similar to the entire state of Alabama, where as many as 493 tornadoes have impacted the state between the years of 1950 and 2018, per the National Weather Service in Birmingham. 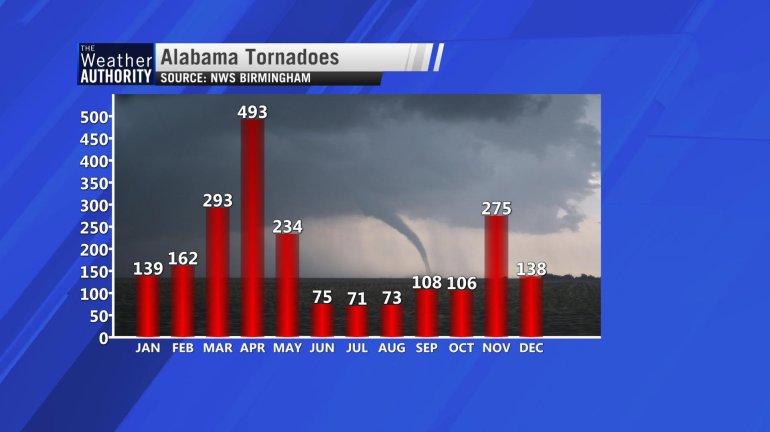 Tornadoes are rated on the Enhanced Fujita scale, which is a scale that estimates wind speeds based on the damage done by a tornado. It was traditionally known as the Fujita scale, but changes were made to the wind estimates in 2007. 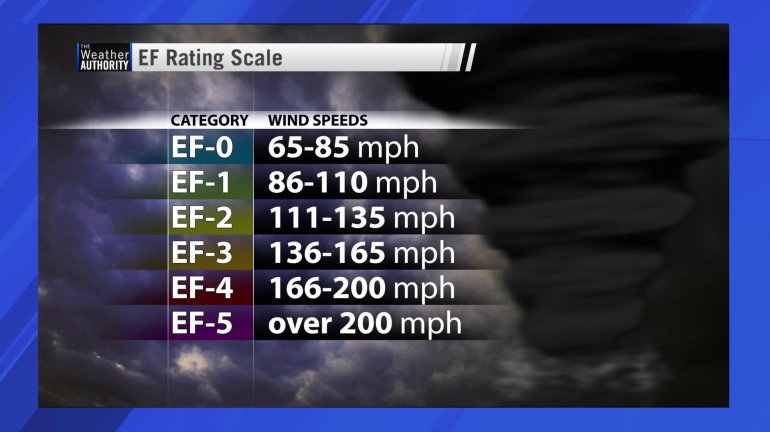 According to the Storm Prediction Center, “[the EF Scale] uses three-second gusts estimated at the point of damage based on a judgment of 8 levels of damage to 28 indicators listed [on damage survey criteria lists]. These estimates vary with height and exposure. The 3-second gust is not the same wind as in standard surface observations. Standard measurements are taken by weather stations in open exposures, using a directly measured, ‘one-minute mile’ speed.”

Of all the counties in Alabama, the Tennessee Valley is home to four counties that lead the board in number of F5/EF5 tornadoes: Madison, Morgan, Limestone and Lawrence counties. 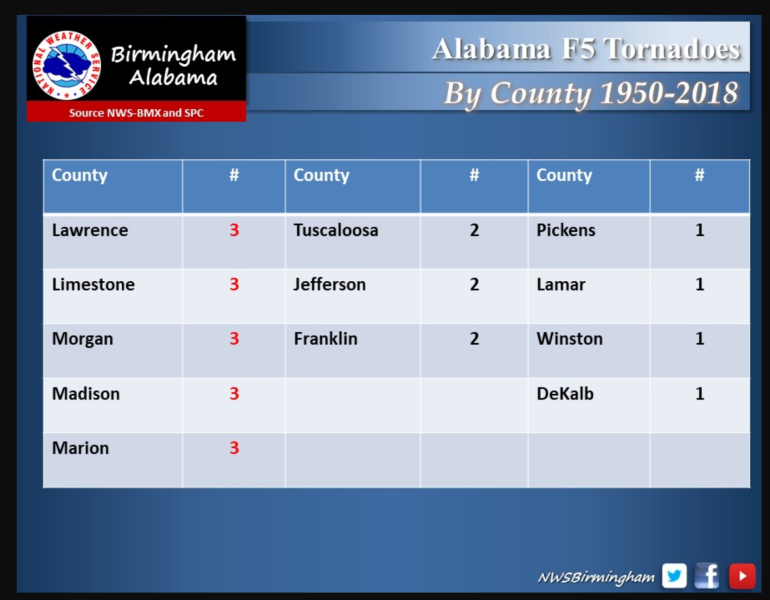 Overall, the Alabama county that experiences the most tornados through the entire 1950-2018 record is Jefferson County, followed by Baldwin and Mobile counties. However, Cullman, Madison, Marshall, Limestone and DeKalb counties are high on the list. It’s important to note that these statistics are based on the entire 12-month period, however it is something to be aware of during the month of April. 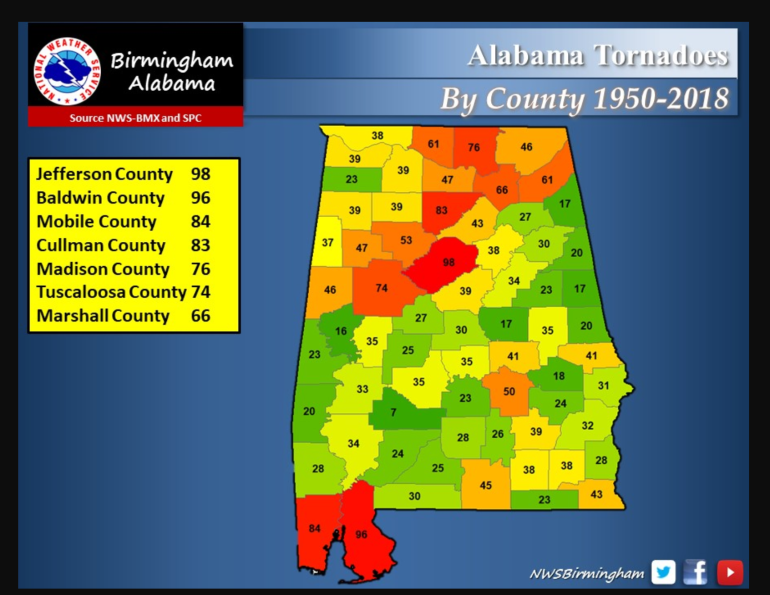 Be Weather-Ready, Especially in April!

For those who lived in north Alabama during the April 27, 2011 tornado outbreak, the month of April can bring a feeling of dread, terror, and even sadness as we remember those we lost during the storms. It is easy to be emotionally paralyzed by fear because of what happened years ago, but it’s important to remain ready and vigilant for the “next time” these storms occur.

For those who are new to the area, please be aware that April is a significant month regarding the weather, and you need to be aware of it. A little bit of action now may help you in the future — this information will be useful the next time severe weather is in the forecast.

Our goal here at WHNT News 19 is to help prepare you and not to scare you. However, when weather does become a serious threat, it is our mission to responsibly relay to you the threat associated with the weather so that you can plan accordingly. But you and your family will need a plan, and the best time to develop that plan is while the weather is quiet.