The Tennessee Valley is no stranger to extreme weather on Christmas Day, and 2016 is no exception. 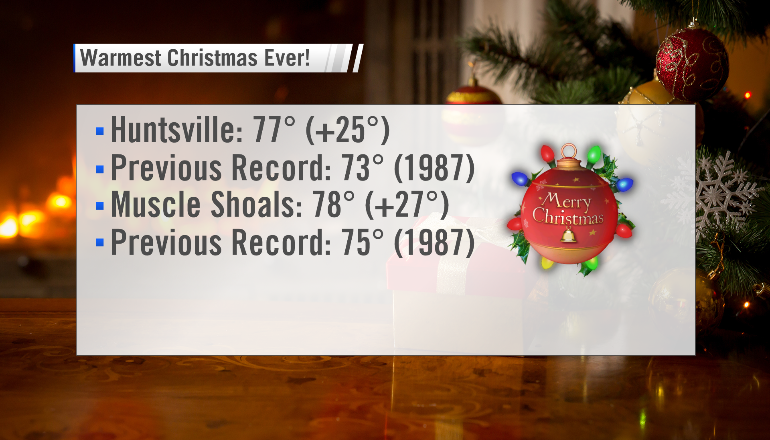 Christmas 2016’s extreme warmth follows a particularly notable Christmas Day from 2015, when hours of heavy rain caused flash flooding throughout the Tennessee Valley. Huntsville broke a daily rainfall record for December 25 when 5.34″ of rain fell over the course of several hours in 2015. 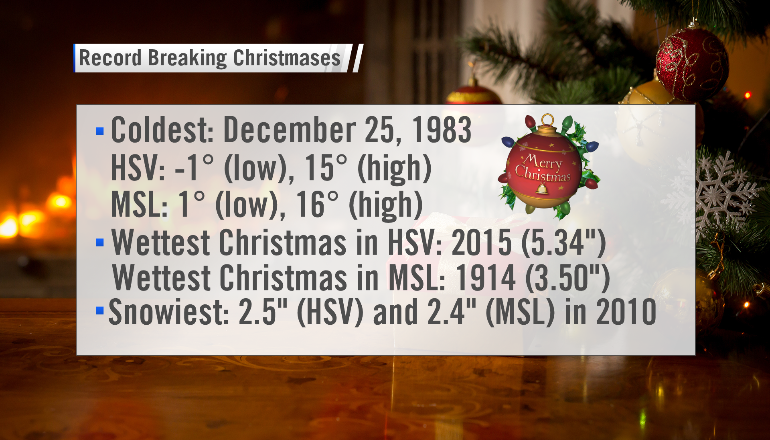 Tropical Depression 11 ha formed in the Atlantic this afternoon.