A band of heavy storms pushed southeast across north Alabama Thursday morning. Several *FLASH FLOOD WARNINGS* were issued including one until 4:15am for Morgan, Lawrence, and Lauderdale Counties. Some areas have over three inches of rain since 10pm Wednesday night.

Thankfully it’s a quiet morning with just a few sprinkles leftover and some fog as of 7am. 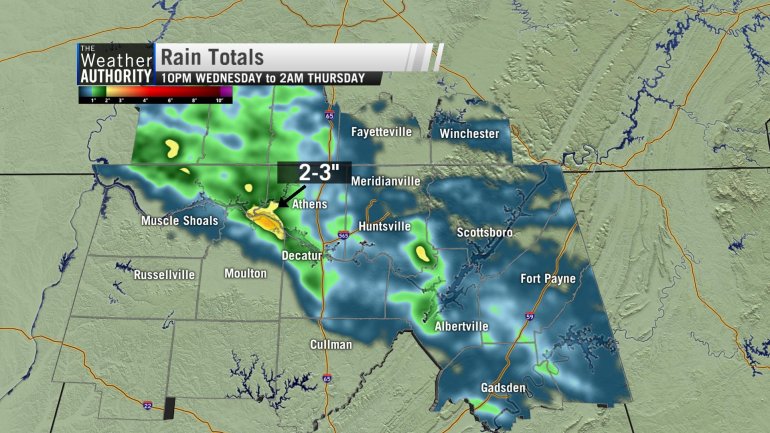 See that small part of southeast Madison County? That was yellow was the result from a heavy thunderstorm overnight that dropped around two inches of rain near Owens Crossroads and New Hope. Looking through the morning, things wind down with only a few widely scattered showers through the afternoon. Remember the ground is saturated and any heavy rain can produce flash flooding. Be prepared to seek higher ground. Don’t cross a road where water covers it. 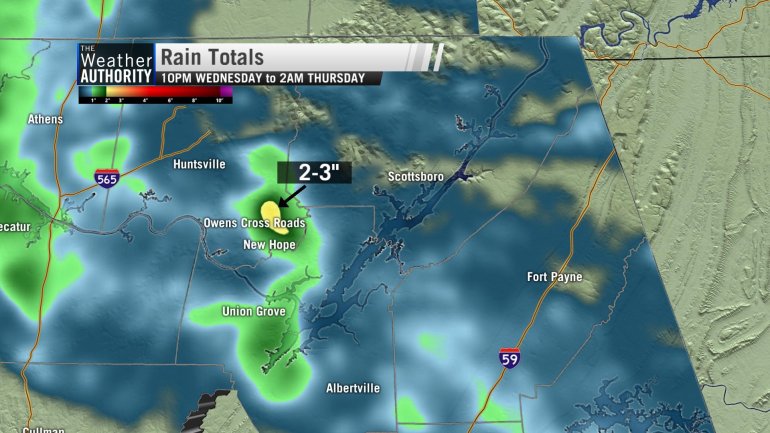 Here was the flash flood warning text. Again, this was allowed to expire at 4:15am:

Heavy rain has fallen in north Alabama, with some locations receiving more than 3 inches of rainfall since early Wednesday morning.

Additional rain is expected through early Friday morning before tapering off Friday afternoon. Click here to read the detailed forecast discussion from the News 19 Weather Authority.

Good Looking Forecasts For College Football This Weekend – It Will Be Warm!

It's finally here! SEC College Football kicks off this weekend! Auburn, Alabama, and Tennessee are in action this weekend. Here is a look at the forecasts games on Saturday. Auburn vs Kentucky - 11am - Jordan-Hare Stadium It's an early kickoff for Auburn and Kentucky this weekend. Temperatures will be in the middle 70s at kickoff with lower 80s in the 4th quarter. Winds will be out of the southwest…

Frost in our near future?

There's no mistaking the change in the weather lately.

This rainy, humid 'blip on the radar' interrupts a nice stretch of cooler-than-average and very comfortable late September weather, but we get right back to it next week!

Pumpkin Spice mac-and-cheese? Kraft is bringing it to the US