This year started out as the wettest on record: 20.78″ of rain in Huntsville in January and February. In the 208 days since February ended, we’ve recorded 22.62″ of rain (the 19th-driest March 1-September 25 period on record). The heat and the lack of rain are leading to a ‘flash drought’ in the region.

Wednesday marked the 90th ninety-degree day of the year in Huntsville and the 26th-straight day above 90ºF in Muscle Shoals. (96ºF was the high at both Huntsville International and Northwest Alabama Regional Airport.)  A few spotty downpours cool it down mainly west of Huntsville and Decatur into Tennessee, Northwest Alabama and Mississippi this afternoon and evening, but most of us are still looking awfully dry and still getting even drier.

We see another chance of some spotty storms on Thursday, and we also expect another brutally hot, potentially record-breaking hot, kind of day: highs in the mid-90s (the record is 94ºF set in 1998). The best chance of a storm Thursday comes near and north of the Alabama-Tennessee state line; individual storms can bring a lot of rain to small areas, but there is no widespread, soaking, ‘drought-busting’ rain anytime in our near future.

Record heat through early next week: As far as late season heat waves go, this one takes the cake! Look for several record high temperatures to fall in Huntsville through next Wednesday. 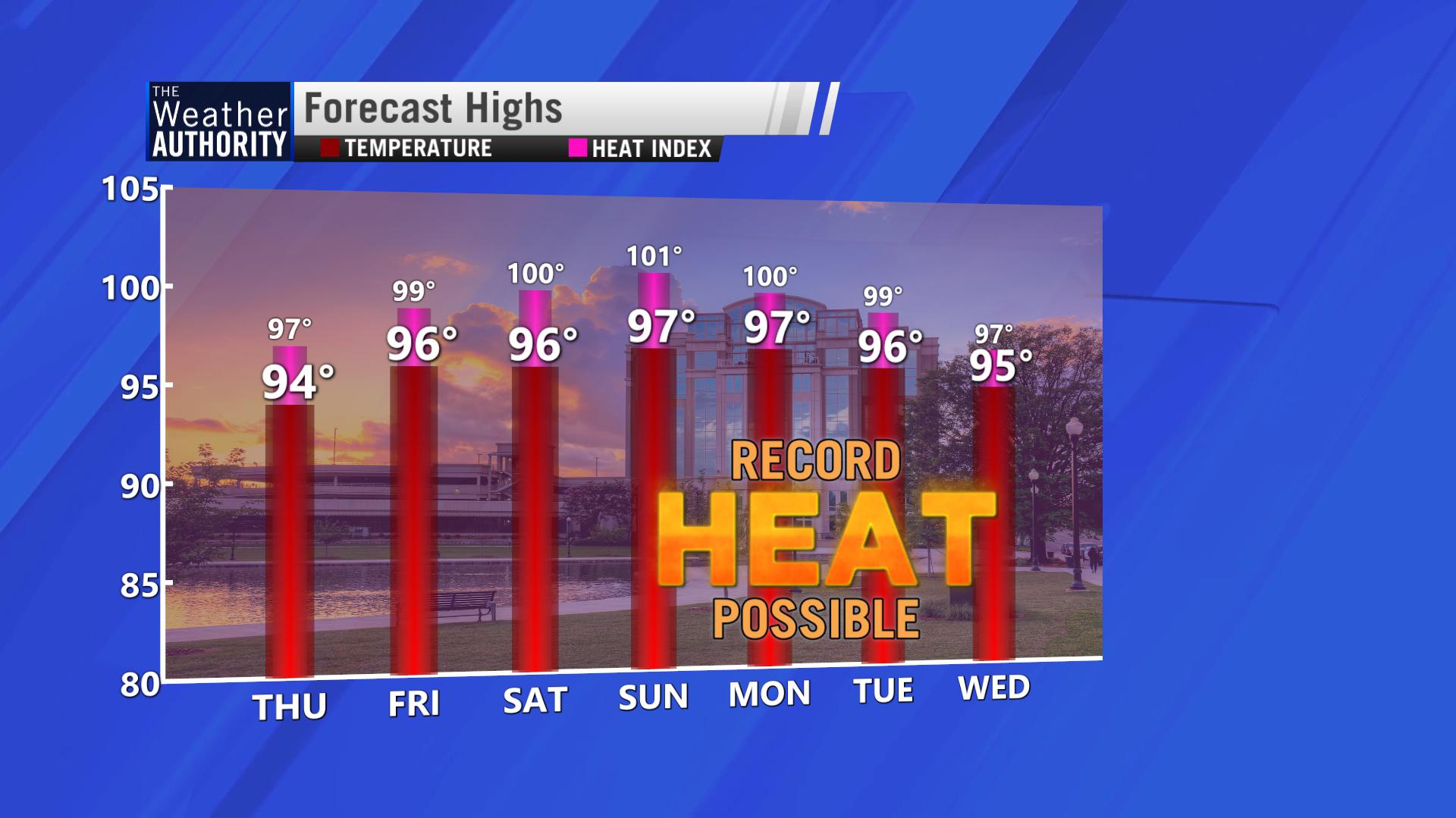 These are the records; all of them are in ‘danger’ with the heat we have in the forecast:

TOPEKA, Kan. (AP) — Bob Dole, who overcame disabling war wounds to become a sharp-tongued Senate leader from Kansas, a Republican presidential candidate and then a symbol and celebrant of his dwindling generation of World War II veterans, has died. He was 98.

His wife, Elizabeth Dole, posted the announcement Sunday on Twitter.

TUSTIN, Calif. - (StudyFinds.org) - As marijuana becomes legal in more and more places, even non-users are having to get used to one particular aspect of the drug — its smell. While the pungent, skunk-like odor may be pleasing to many cannabis users, it can be downright nauseating to others. Now, a new study has discovered what causes marijuana to give off this distinctive aroma.

Oddly enough, the compounds that produce this skunky smell in marijuana really do have a lot in common with the stench skunks spray at their enemies. A team from California’s Abstrax Tech discovered a new family of prenylated volatile sulfur compounds (VSCs) which create this odor.

HUNTSVILLE, Ala. -- A five-year volunteer of a local environmental protection team received recognition from Governor Kay Ivey for his volunteer work across the community.

Operation Green Team is the city of Huntsville's team of volunteers who specialize in environmental education and awareness programs while working to keep Huntsville looking beautiful.

Spotify Wrapped: Who dominated streaming in 2021?

Nearing 100, Betty White’s life is a page-turner in new book