June 4th marked the twentieth-straight day with no measured rainfall at Huntsville International Airport: the second-longest rainless streak in the past five years. We’re feeling that absence of rain too, as ‘abnormally dry’ conditions have slowly been spreading over North Alabama with each weekly release of the US Drought Monitor (abnormally dry conditions are considered one step below drought).

Here in the Tennessee Valley, we’re closer to what would be considered a meteorological drought. A meteorological drought is simply a long period of time with little-to-no measurable rainfall being recorded. These are the short-term droughts that can often occur when summer-time patterns take over, like the one we experienced in late May.

The dry weather of late hasn’t impacted the water supply much, but you can really see the stress dry weather brought onto grass, gardens and crops in the area. While we’re not technically in a drought according to Alabama’s State Climatologist, the lack of rain is having an impact.

Fortunately, things turn around this week and this weekend because of two primary weather features: a tropical disturbance in the Gulf of Mexico and a slow-moving upper-air low moving in from the southwestern United States. Those two features combine to kick off daily thunderstorms that will give us a good dose of rain over several days. 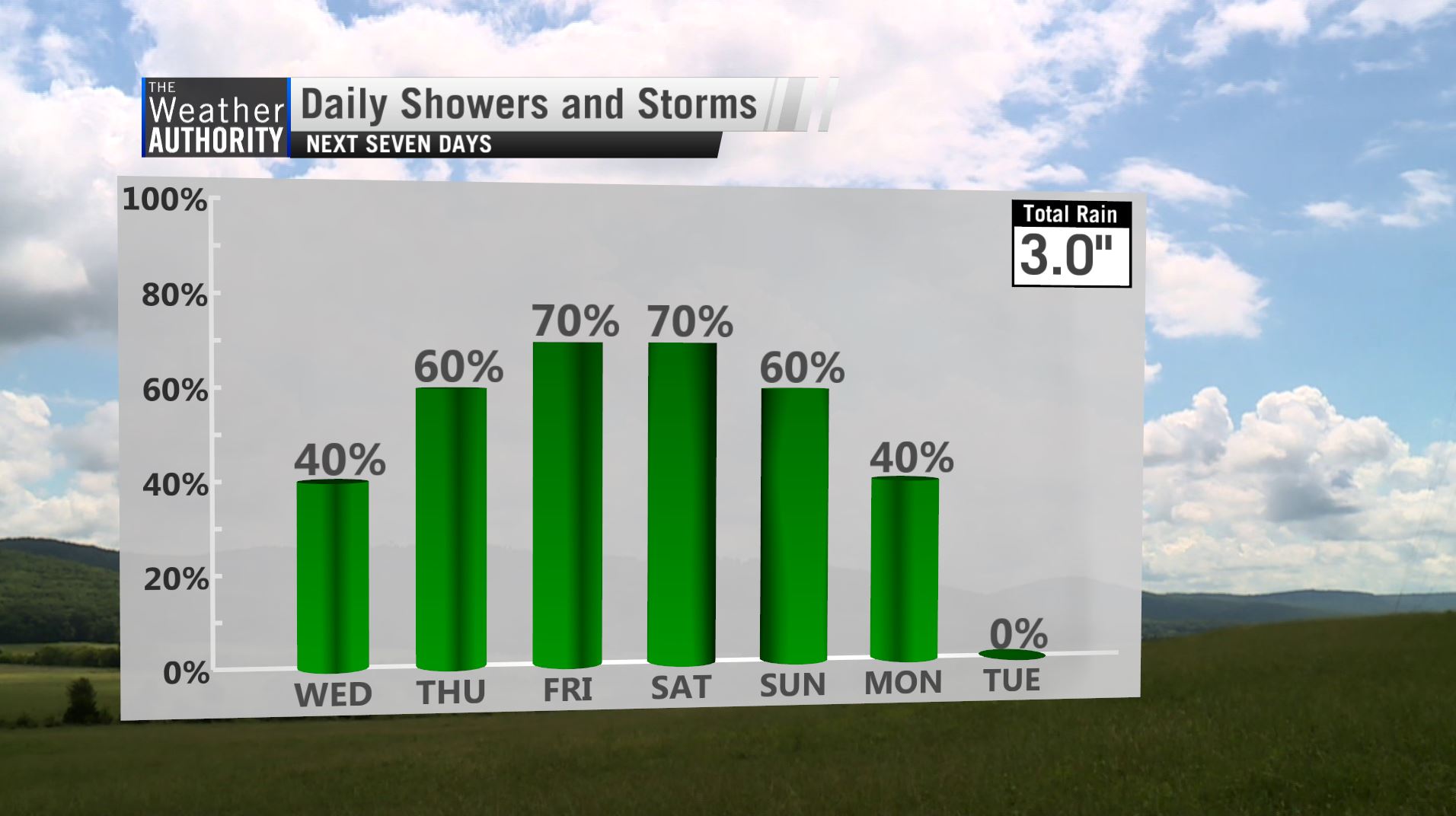 It’s not going to rain evenly on any given day; however, with storms on Wednesday, Thursday, Friday, Saturday, Sunday and Monday, we expect most of the region to get at least 1” to 2” of rainfall with some spots potentially exceeding 4” by the time some drier air shuts down the storms by the middle of next week.

That would be enough rain to keep drought conditions from developing over the next few weeks. Just keep in mind, that it takes consistency to keep drought at bay – especially during the summer. If we go several weeks without even rainfall over the summer, we’ll see a meteorological drought develop again. While short-term meteorological droughts don’t significantly impact water supplies, they can impact crops and other vegetation that need regular rain.

We’ll continue to bring updates anytime we see dry conditions taking over, and you can also check the weekly drought monitor when it’s released each Thursday at whnt.com/weather.