The answer to the first one: Not anytime soon. The 7-day forecast has seven days of 90s with high of 98° for Monday afternoon. As you can see, we’ve been the 90s everyday this month. 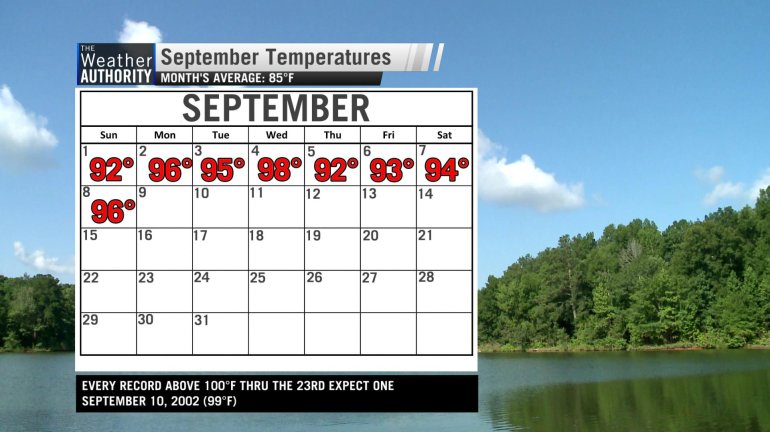 Hard to believe, but it can be hot and stay hot in the month of September. Every single record high except one through the 23rd is at or above 100°. Monday’s record high temperature is a whopping 107°F back in 1925. We will likely stay in the 90s over the next 7-10 days then we get a break! Remember it’s going on mid-September and we aren’t far off from scattered frost. We can get frost in mid-October in the Tennessee Valley. More widespread frost is more likely around Halloween.

For the second question: Maybe soon. As far as rain, it hasn’t rained a drop in the Tennessee Valley in the month of September.  We’ve only had four rain days in Huntsville since August 15. The risk of showers this week is slim! We are in that “isolated” category through Friday with only a few widely scattered showers by next weekend. There will be areas that get missed over the next seven days. Historically both September and October are some of the driest months of the year.

At least the tropics are quieter. There is only one named storm in the Atlantic Basin. Gabrielle is in the open Atlantic. It won’t bother anywhere. There are a few waves right now, but nothing to be concerned about. The next named storm will be “Humberto.” 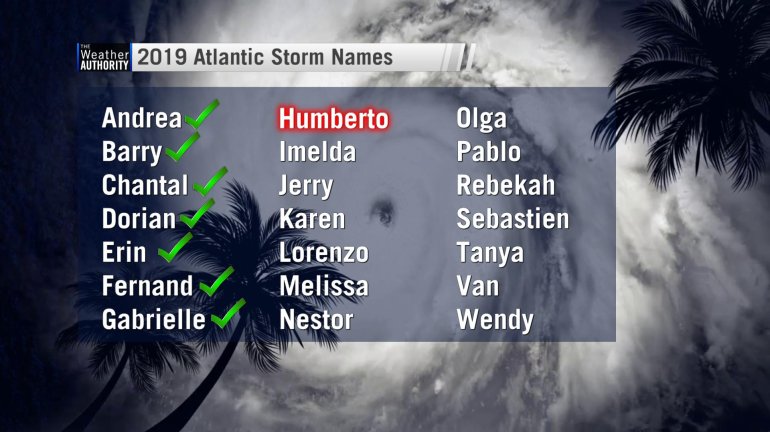