Dorian still a dangerous storm: Dorian has devastated the northern Bahamas over the past couple of days, and is now slowly lifting north. Dorian will still have some impacts along Florida’s east coast, as well as the Georgia and Carolina coastlines.

While wind speeds are lower as the storm has interacted with the islands of the Bahamas and it has encountered some cooler water, the storm has also gotten larger, so impacts are felt a bit further from the center of the storm. The Carolinas will likely see some of the worst impacts in the U.S.

Tropical Storm Fernand has developed in the western Gulf of Mexico, and will move west into northeastern Mexico through Thursday.  This will not impact the northern Gulf Coast in any way!  In fact, we do not see any tropical threats to the beaches of Alabama, Mississippi, or Northwest Florida through the middle of the month.

Dorian brings hurricane season back to average: I’ve shown you Accumulated Cyclone Energy, or A.C.E. a couple of times so far this hurricane season. It’s a way to determine how much energy is generated by tropical systems. All year, the A.C.E. has been running below normal in the Atlantic, but Dorian has produced so much energy on its own, our A.C.E. is slightly above average.

Tropics becoming active as we approach season peak: The official peak of hurricane season is September 10, and the tropics are getting active right on cue. 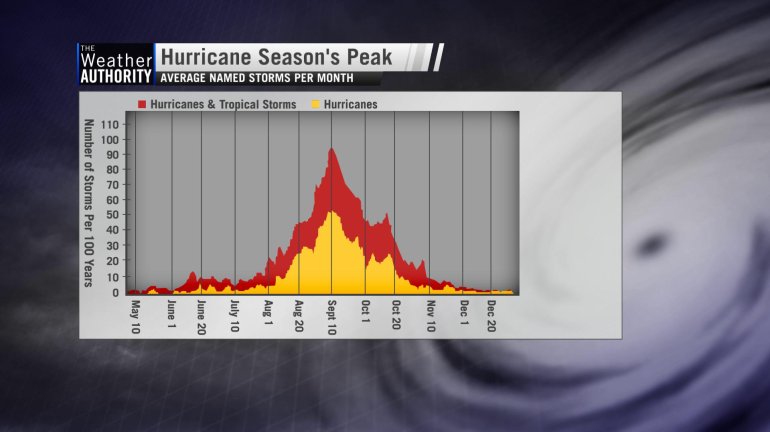 There are also multiple areas of interest in the Atlantic. One disturbance in the open Atlantic is moving towards Bermuda, and could become a depression in the coming days. 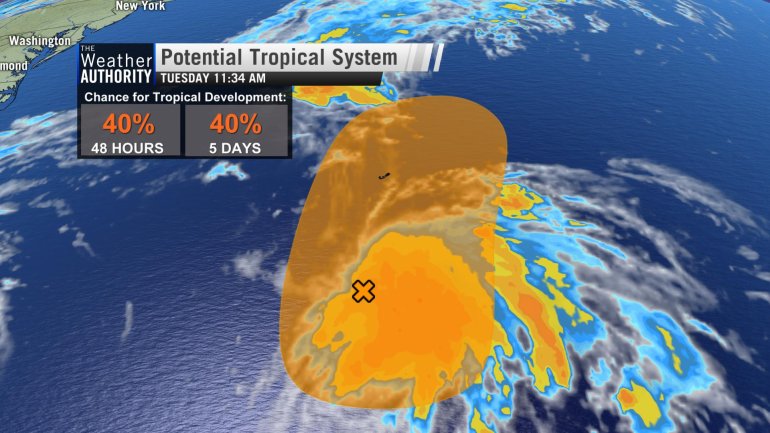 There are also two other areas to watch off the African coast, one of which is likely to become a tropical depression or storm within the next 24-48 hours.

At this point, none of these storms pose a direct threat to the U.S., although TD 7 could bring some rain to far southern Texas. We’ll keep you up to date on these systems in the coming days, and you can track tropical systems using the Live Alert 19 app.

The risk of severe storms is over for North Alabama as of 6 PM Monday. Light showers linger as temperatures drop into the 50s and 60s this evening.

One teenager was struck by lightning in Morgan County earlier this afternoon: