It was an active Sunday afternoon and evening across the Tennessee Valley. Thankfully this time it was just a wind event and heavy rain. There were no tornadoes this time. Average rain totals were 1″-2″ with some areas receiving over 3″. Here is a look at some of the rain totals from Sunday: 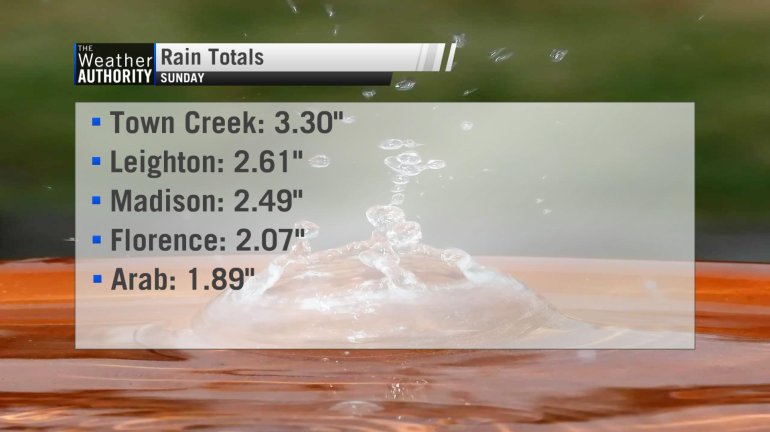 Winds were also a big player in Sunday’s storms. There was damage in Athens at a gas station and other reports in the Shoals. Officially at Huntsville International and Northwest Alabama Regional Airport gusts were over 30 mph. Both locations had over 1 1/2″ of rain on Sunday. 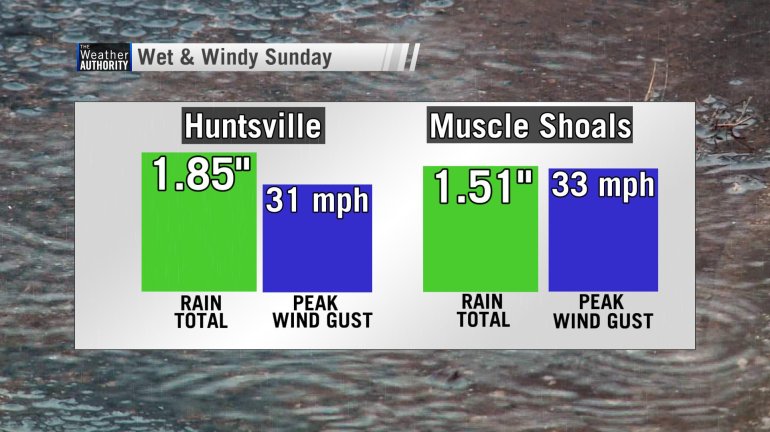 Here are some of the storm reports. This is unofficial and there are other reports that aren’t on this map. This gives you an idea on the severity of the storms west of I-65 Sunday. Most of the reports were from wind damage and flooding. The only tornado warning issued was for northwest Pickens County to our southwest. No confirmed tornadoes this time for the Tennessee Valley.

Here is an interesting view of the Tennessee Valley as the storms moved in from the west. This view is from around 31,000 at 4pm at heavy storms approached the region. You can see the heavy cumulus presence at the bottom of the photo. This was close to the Huntsville International Airport. There were other plane flying at an even higher altitude to avoid extreme turbulence. The plane did a quick decent and landed at Huntsville International just ahead of the strong storms. This photo was taken around 4pm from Meteorologist Ben Smith.

The forecast is much quieter over the next couple of days before the next storm system brings us rain later this week.