A Flash Flood Watch remains in effect through Thursday; more heavy rain and some non-severe storms develop through the night into Thursday morning.  Remember, flooding can be deadly!  Do not drive through flooded roadways! 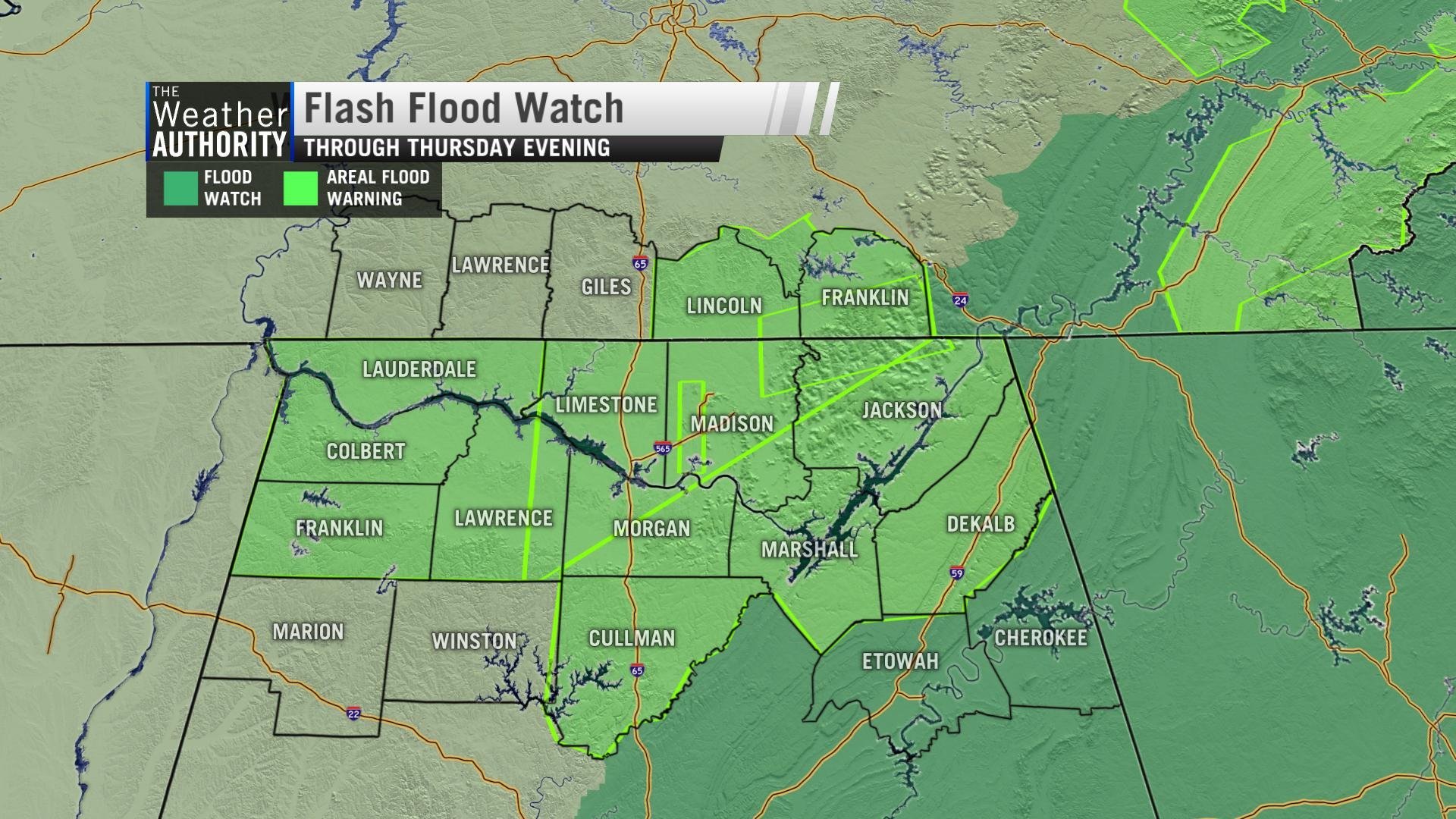 Severe storms caused wind damage in The Shoals, and heavy rain ramped up flooding from Lauderdale into Limestone, Madison and Lincoln Counties. The most significant damage of the night appears to be around Loretto, Tennessee.

Beyond the storms: Rain continues on Thursday. The heavier rain and leftover storms move out in the morning, but it looks like light showers as colder air begins to move into the region. The heaviest rainfall ends by 9 AM, but additional showers through Friday morning (and maybe even a few snowflakes) add us up to around two to four inches of rain in all.
Temperatures drop from highs in the 60s Thursday morning to the upper 40s by sunset, and that stiff northwest wind keeps driving colder air in through the night. It falls as low as the lower and middle 30s overnight with some light snow flurries through Friday morning: no major, impactful accumulation expected (maybe a dusting here and there).
Friday’s flurries end by midday, and it stays breezy and cold through the rest of the day: highs in the low-40s, a wind chill in the 30s with a northwest wind around 10 to 20 mph.