We aren’t going to get a break in the heat anytime soon. We see lower 90s Wednesday with middle 90s Friday through the first of next week. What’s going on? A strong high pressure continues to dominate the southeast with hotter temperatures and limited rain chances. The ridge temporarily weakens today and Thursday bringing a few showers and storms. I wouldn’t get my hopes up. There won’t be much out there. 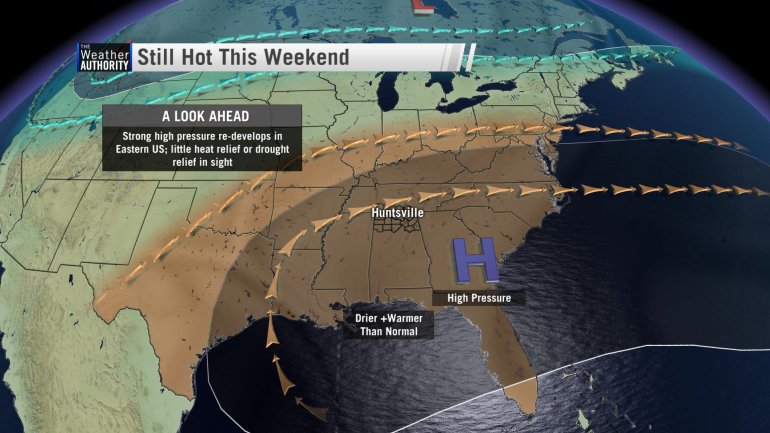 Looking forward to the college football games this weekend:

It’s going to be very hot again in Tuscaloosa. Expect temperatures in the lower to middle 90s throughout the game. There is no rain in the forecast this weekend. If you are seated on the west side of the stadium, you will be in shade most of the second half. If you are on the other side, expect the sun to be in your eyes most of the time. 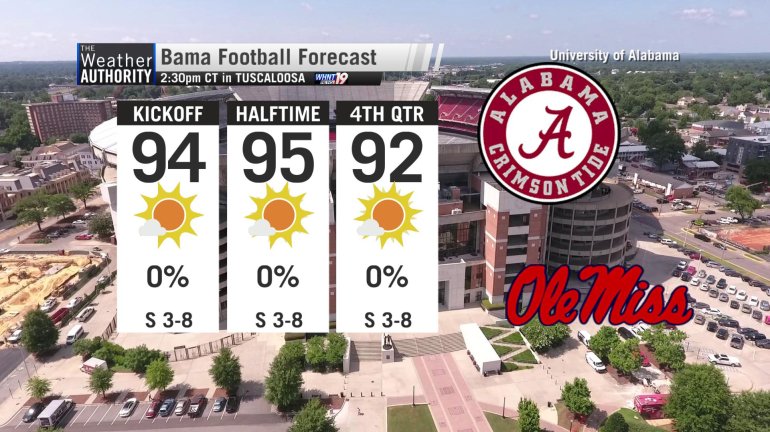 Expect a steamy afternoon in Auburn. At least with a later kickoff, it will be pleasant for the game. Lee County highs reach the lower 90s. Expect middle 80s at kickoff and upper 70s to lower 80s in the 4th. There is no rain in the forecast. 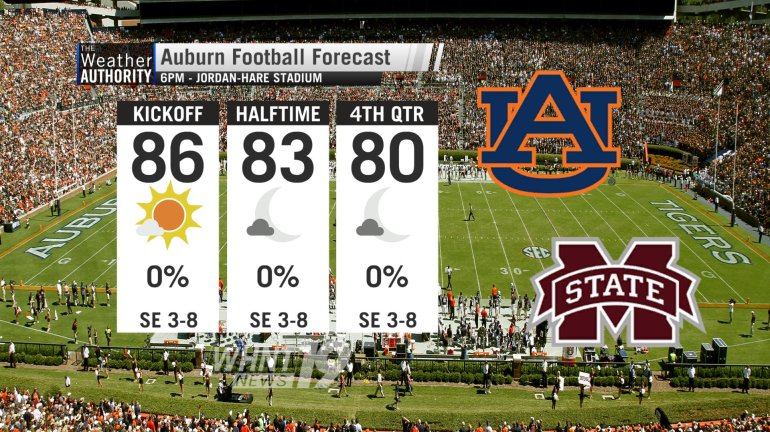 It’s homecoming at UNA this weekend. The forecast looks hot and dry for the game. With a mid-afternoon kickoff, it’s going to be steamy for tailgating and the game. Kickoff temperatures will be in the lower 90s with upper 80s in the 4th quarter. No rain in the Shoals on Saturday! 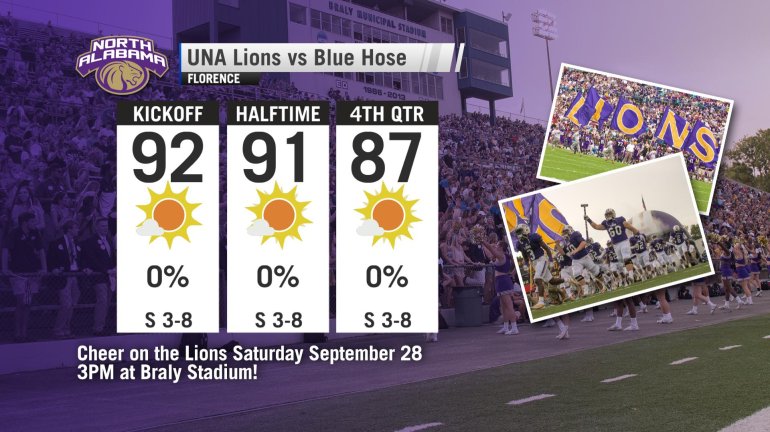 It’s the Gulf Coast Challenge this weekend in Mobile. The weather looks good. It will be a little breezy with no rainfall expected along the gulf coast. 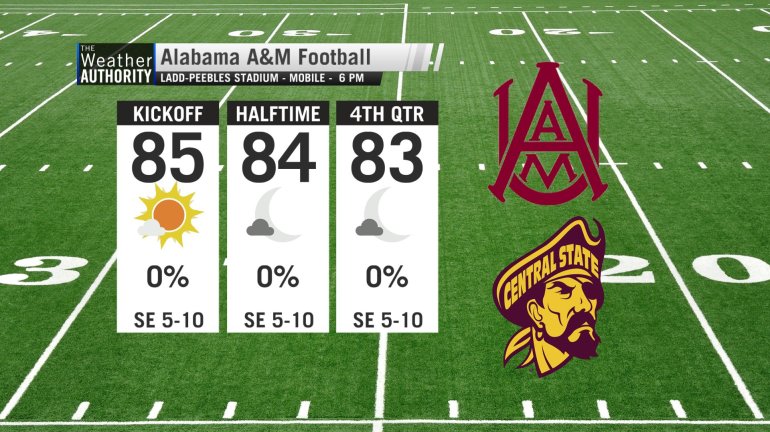 Records Highs Ahead? I believe we could tie if not break record highs this weekend into next week. Orange are forecast highs and red are the records Thursday through Monday. 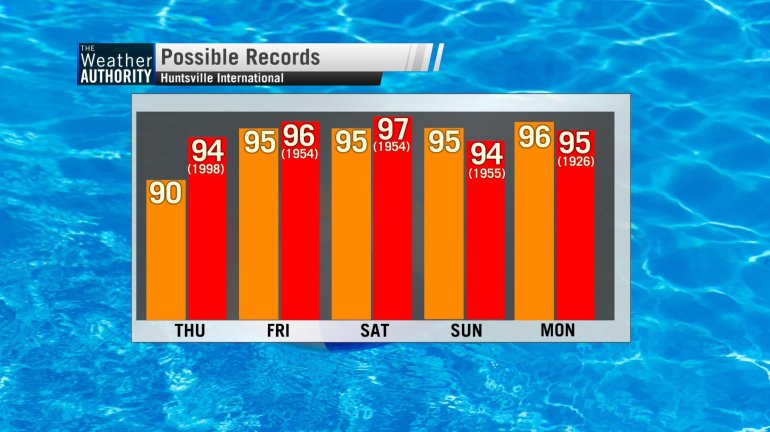 Maybe the end of next week, we can finally get some fall air in here. There are signs of cooler temperatures by then. We’ll just have to wait and see!