Since the weather is nice and calm on New Year’s Eve, I thought I’d dig back through some data and see how many tornado warnings were issued, and where they were issued. 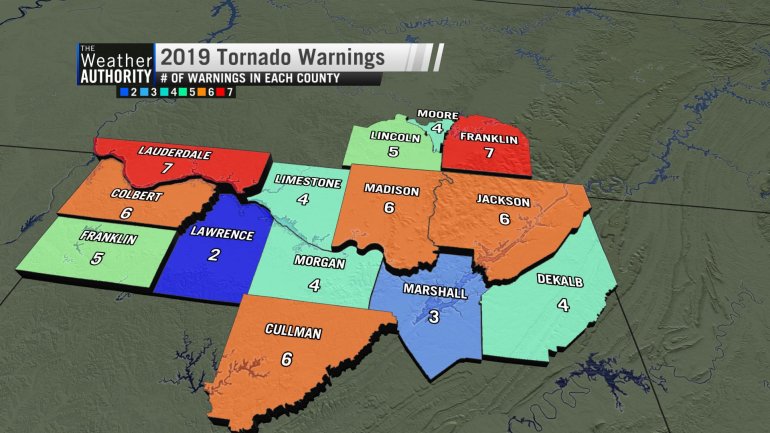 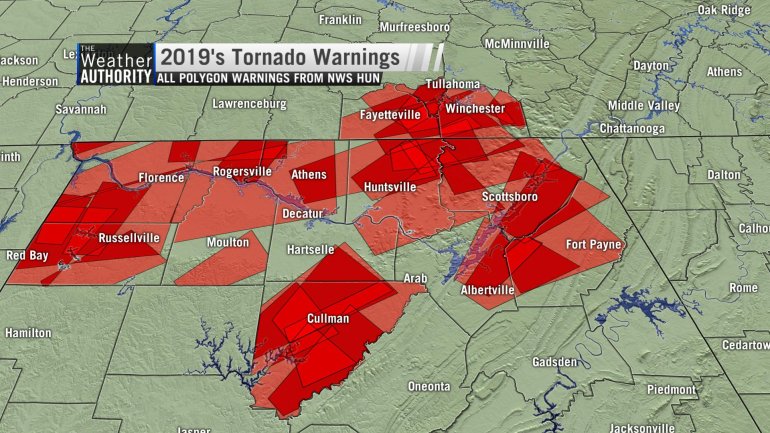 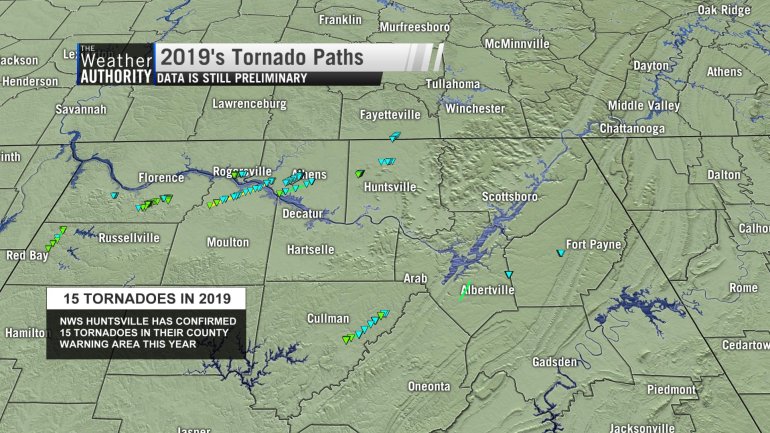 NWS Huntsville has confirmed 15 tornadoes this year, including the latest on December 29 west of Athens in Limestone county. That data is still preliminary though, and subject to change before being finalized. One of the strongest tornadoes this year went through Lawrence county, causing significant damage in Town Creek and Courtland and tragically taking 2 lives. That tornado accounted for one of only two tornado warnings in Lawrence county this year. It just goes to show it only takes one storm to make an impact.

As we head into 2020, lets all hope for a quiet year,  but be prepared for whatever mother nature throws at us. One way to be prepared and receive warnings is to have the Live Alert 19 app. It will use your GPS location to let you know if dangerous weather is on the way, and you can set additional locations for alerts if you want.

It's been a soggy February as we approach 8" at Huntsville International with some parts of the Tennessee Valley well over ten inches. Thankfully we had a nice dry stretch from Valentine's Day to Monday the 18th with no measurable rainfall. That's the first four day stretch of the year with no rain.  Four Days With No Rain - First Time In 2020 This is great news for area rivers…

Boy Scouts file for bankruptcy due to sex-abuse lawsuits