Moderate to heavy rain has moved into north and central Alabama this morning, and this rain will continue all day today. A Flash Flood Watch is in effect for all of north Alabama as well as Lincoln, Franklin, and Moore counties in southern Tennessee until Tuesday evening. 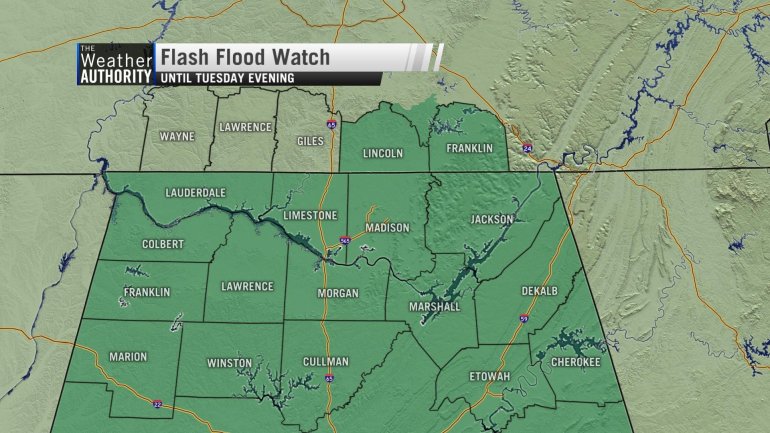 In addition to that, the Weather Prediction Center has issued a relatively rare High Risk for flooding. 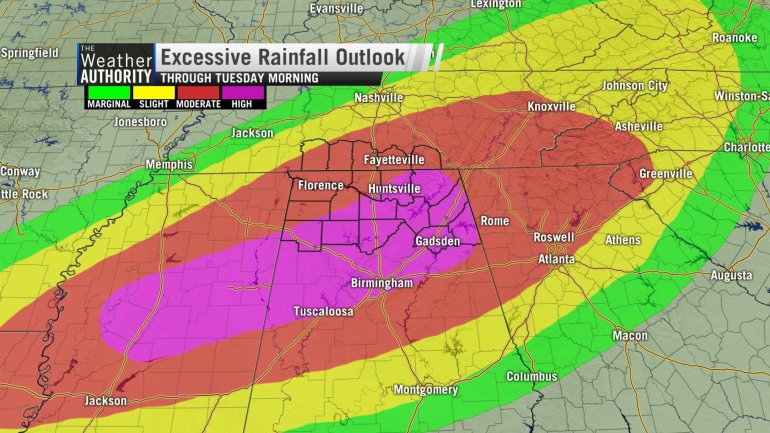 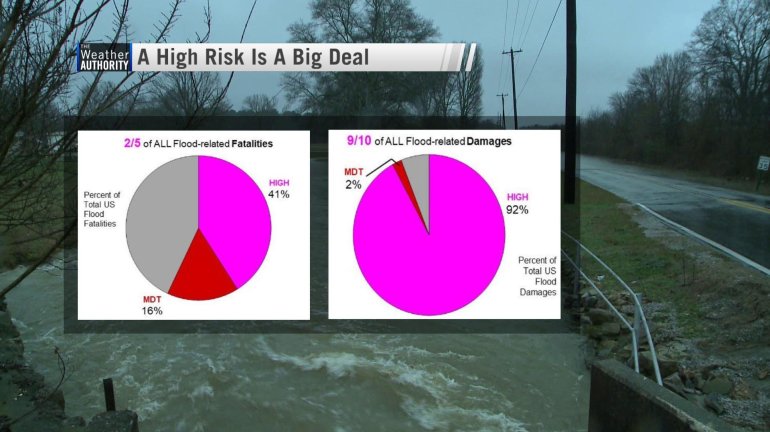 Through the rest of the day, moderate rainfall will continue, with occasional waves of heavy rain. Somewhere within the northern half of Alabama, a band of heavy rainfall will set up, and this will be where the worst flooding will occur. Rainfall totals within that band will likely exceed 5 inches. Where that band sets up is still not entirely clear as of now, but even outside of that band of heaviest rain, rainfall totals will exceed 2 inches and will have the potential for flash flooding as well as river flooding. 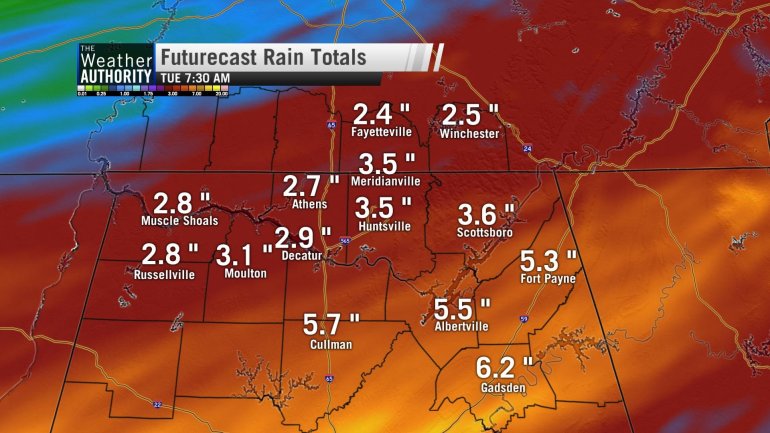 Our latest model data still suggests widespread rainfall amounts between 2-5 inches are likely across the Tennessee Valley through Tuesday morning, with some higher amounts if that band of heaviest rain moves into our area. If you live in a flood prone area, be prepared to evacuate if necessary today. Don’t drive through flooded roads. Use common sense, and stay safe.

After off and on showers through the day Tuesday, an additional round of heavy rain and storms will move through Wednesday into Thursday morning. An additional 1-2 inches of rain will be possible with this round of storms, as well as the potential for severe storms.

There’s still some uncertainty regarding the severe weather threat, but the latest model guidance suggests we might de-stabilize enough to support severe thunderstorms. We’ll get a better idea of exactly what kind of a threat we are dealing with in the next 48 hours, but you should be prepared for severe storms capable of all modes of severe weather on Wednesday and Wednesday night.

Colder and drier air moves in briefly to end the week. Details on the forecast discussion.