TENNESSEE VALLEY– Despite recent heavy rain across the Tennessee Valley, the drought has expanded.

Parts of Jackson & DeKalb Counties are now under an extreme drought while Limestone, Morgan, and Madison Counties points east remain in a severe drought. Much of northwest Alabama remains under a moderate drought.

Refresh this page for the latest image

The last time any part of north Alabama was included in an extreme or exceptional drought was in late 2007 and early 2008.

Parts of Madison County saw over three inches of rain recently along with heavy downpours in Lincoln County, but it was not enough to make a dent in the drought. Often times it will take multiple heavy rain events to break a drought.

No rain is in the forecast through Friday and by next week the risk of showers and storms is only 20- 40 percent. 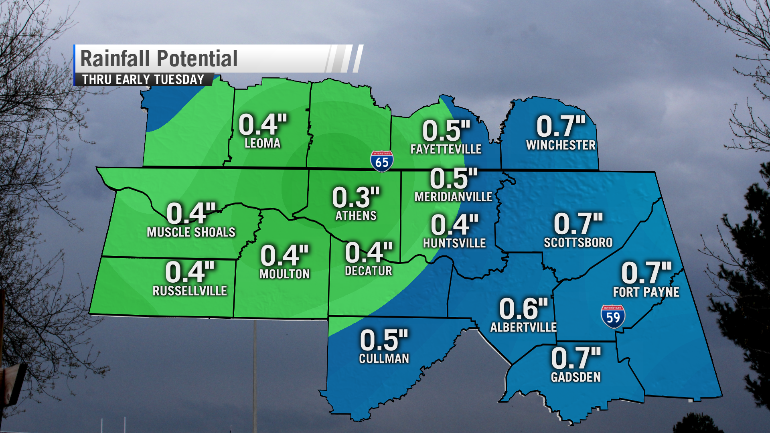