Hurricane season officially ends at the end of this month, and after a slow start, 2019 looks to wrap up as an above average season across the Atlantic Basin and entire Northern Hemisphere. 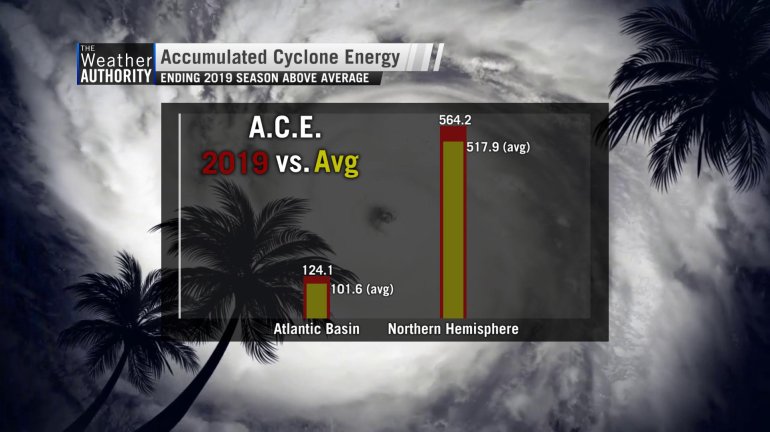 I’ve mentioned Accumulated Cyclone Energy before on the blog. It’s a way to measure how active a hurricane season was, and is a better, more accurate measure of the activity of a season than just looking at the number of named storms.

We’ve still got a little time left in the season though, and after a quiet past few weeks, the National Hurricane Center is noting an area to watch in the Atlantic. 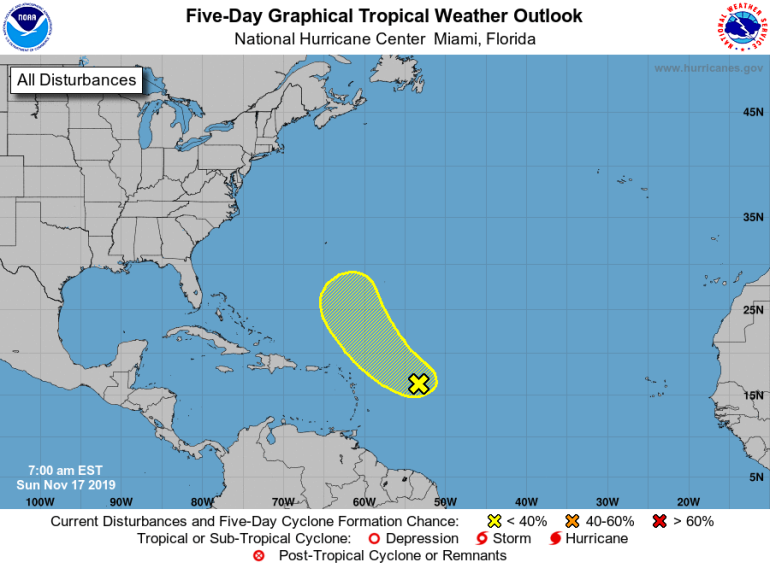 This disturbance is not likely to develop into a tropical or subtropical storm, but we’ll keep an eye on it over the coming days.

Here’s the latest from the NHC on this disturbance:

Local Forecast: Rain is on the way to the Tennessee Valley later this week after a dry start to November.

Clear and cool conditions will prevail over the Tennessee Valley through Monday as high pressure continues to dominate the weather pattern through the early portion of the week.

Clear blue skies and bright sunshine are courtesy of high pressure systems, which cause air to sink — this sinking air prevents cloud cover to form, and high pressure can even suppress storm systems form moving into an area.