REDSTONE ARSENAL, Ala. — Army families are just like all families, they have backstories. It’s safe to say though that one soldier at Redstone Arsenal has a family story that probably sets some Army records.

At first glance, there’s nothing unusual about the family of Army Capt. Maria Miranda.

She and her husband Randy live in an expanding south Huntsville neighborhood with their young daughter. What makes the situation a little different is the fact that Maria moved to the U.S. as a young girl when her parents immigrated from Nicaragua to California. Randy, meanwhile, came with his parents from the Philippines, and they settled in Georgia.

Randy has been in the Air Force, but he met Maria, who had been in the Army, when they were both civilian contractors in Iraq.

“I saw him as an acquaintance. He was the friend of a common friend, and I just knew who he was, and that was it,” said Capt. Maria Miranda. 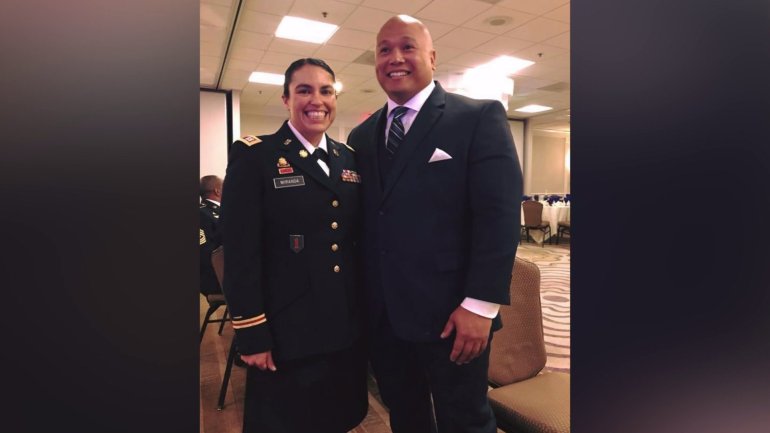 The work in Iraq eventually ended and Randy left for Georgia, and Maria moved back to California.  That’s where it stayed until the intervention of a mutual friend and Facebook.

“Me and him were on Facebook together and I guess she commented on one of his kids’ pictures and I said, ‘Oh, I know her, I remember her.’ I’m like, ‘I might add her as a friend,'” said Randy.

So the two became Facebook friends, and then more. Randy visited Maria in California and met her family.  Maria would then visit Randy in Georgia and met his family. Everyone liked each other and it turned out Maria and Randy had similar interests.

“We studied the Bible together and that kind of brought our connection with us, and we had a common interest,” said Maria.

Long story short, they got married and settled down in Northern Virginia.  They had a daughter and then Maria, a Reserve Army officer, was deployed. Randy, the one in the Air Force, stayed home. 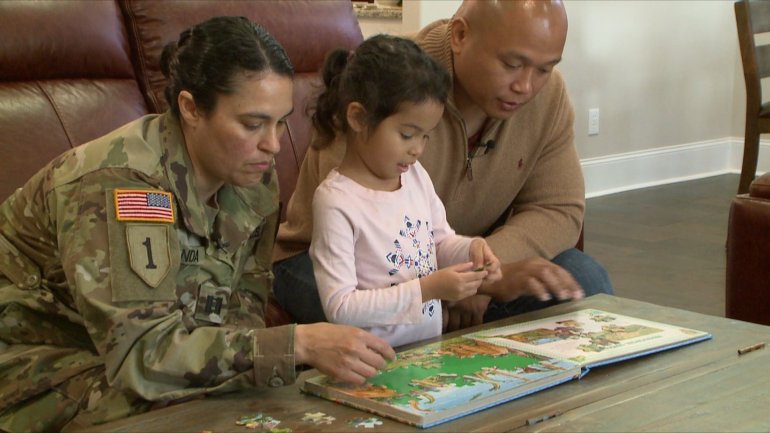 “When she was deployed and I had to take care of her by myself, that was really tough, because I was a first-time parent and everything like that,” said Randy.

The deployment eventually ended and the family moved to Albany, Ga., where Captain Miranda worked at the nearby Marine Base. They would eventually move to Huntsville and Maria’s duty as a Reserve Logistics Officer in AMCOM’s Operations Directorate.

Maria is a working mother who is also in the process of getting her PhD in family health, while Randy is working on his Masters in Information Services. In any case, they both have the normal responsibilities, plus having to study.

“We just try to find balance, and so finding balance is hard,” said Captain Miranda. “Maybe there is no balance.”

Both say the Army is great about supporting families like theirs, and Randy said it’s an honor for him to support his wife.

“I get to support here in everything that she does,” he said.

Captain Miranda has won a $4,000 scholarship from the Lt. General Larry Dodgen Memorial University Scholarship Program. General Dodgen is a former commander of the Army Aviation and Missile Command at Redstone.