REDSTONE ARSENAL, Ala. – From Javelin missiles to Apache helicopters to Abrams tanks, the U.S. Army Security Assistance Command, known as USASAC, sells the systems, the support equipment, the spare parts, the manuals, the ability to sustain these systems and many others, to allies and strategic partners.  If there’s a concern, it would be that we don’t sell equipment that would hurt our own Army. “That we don’t impact Army readiness by selling from our stock items that may be needed for the U.S. Army for their readiness,” said John Neil the Director of Performance and Process Management for USASAC.

We talked to John at USASAC’s facility at Redstone Arsenal. One of his responsibilities is making sure Foreign Military Sales don’t impact the Army.  That’s always important, but maybe not quite as urgent as it is today. General Gus Perna, the Commander of the Army Materiel Command has made readiness, both the word and the concept, paramount.  “We put in extra checks and balances into our system so now when the FMS customer does order, we make sure that the Army has enough stock to support not just the Army’s requirement, but also our foreign partner’s requirement,” said Neil.

It’s not just the big items like the weapons systems themselves, but all the spare parts needed to keep the systems working. That is often contingent on how much our Army or our allies are using the equipment, what’s referred to as “operational tempo. 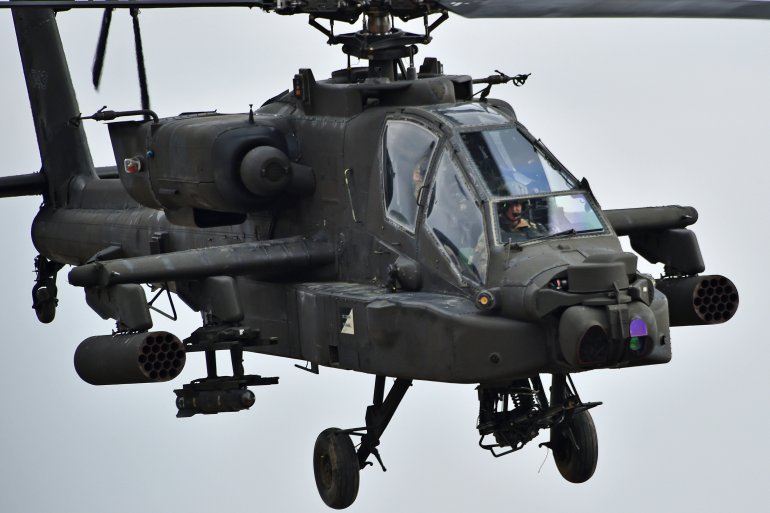 Among other things, the people we sell the equipment to need to keep USASAC apprised of their tempo.  It behooves the U.S. to sell the equipment to our partners for a couple of reasons. “We help keep the industrial base warm at times when the Army doesn’t have an order. And we help them (our allies) protect and seal their own borders.  So even if the Army always comes first, we have very good reasons to sell to our partners and allies,” said Neil.

The bottom line is if our allies can defend themselves then the U.S. forces fight less.  Keeping the industrial base warm means where parts are needed, the manufacturing line will already be in action.  The idea for USASAC is to make sure that all the good guys have what they need when they need it.

USASAC annually sells some 15 to 20 billion dollars worth of equipment and support annually.  Money from the sales pays for the program. It doesn’t cost taxpayers anything. And, one other benefit by our allies using our equipment is it gives our Army interoperability with the countries which we would be fighting with.