The Patriot Missile Defense System has been part of America’s arsenal for decades, and improvements are made on a regular basis. It’s a system we and many allies and partners depend on. Switzerland is also considering buying Patriot, both missiles and radar. It’s a package deal that includes some sophisticated aircraft systems. There is however something that makes this deal highly unusual.

“The Swiss population will have a referendum and vote on whether or not they wish to spend the money on this package to provide for their defense,” said Jason King a Country Program Manager for the U.S. Army Security Assistance Command (USASAC). 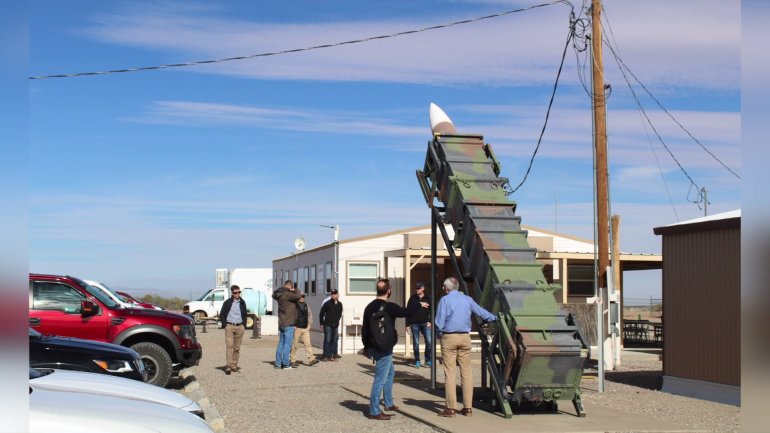 The Swiss direct democracy calls for voters to decide on big-ticket items. Not only that, but the Swiss wanted to see the Patriot in operation. There were 10-successful flight tests at White Sands Missile Range. There’s also a radar test coming up in Switzerland in August.  As deals go, this isn’t exactly standard.

It is however exactly the kind of thing that the USASAC does. It facilitates deals for allies and strategic partners and it’s more than a one time sale that brings the countries to the command rather than dealing directly with companies.

“We don’t want to just give you a product and have it sit on a runway somewhere. We want to make sure that not only does it work, but you know how to work it, and you’re able to maintain it for years into the future,” said King.

USASAC deals with equipment that might be brand new, or no longer in use by the American military. The idea behind the sales is simple.

“The more friends and the more people have out there and we build their capability, the less that falls on the U.S. to have to do it. Our partners have that capability, and the U.S. doesn’t have to protect them with our own personnel,” said King.

So Switzerland is likely to be the owner of some high-tech equipment, but only of course, if voters approve.  The vote won’t happen till next year, and before that, the government will advertise to hopefully persuade the Swiss that the Patriot, missiles and radar, and some 21st-century planes, are what is needed to keep the country safe.