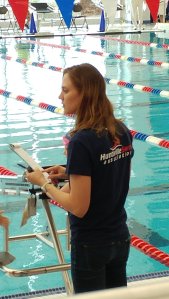 “For coaching, you should find that balance between overall distance training versus intensity while also inserting proper stroke technique,” Bunch said. “A very important thing for the athletes to realize is they need to have balance in the pool with the training, along with other things they focus on in their lives. Ironically, finding stabilization is a big key. They need to find the right proportions to keep themselves motivated.”

As many sports now offer year-round competition, coaches and athletes look for insight on stability from USA Swimming, one of the first and arguably the most successful full-time venues.

USA Swimming is a 400,000-member service with more than 2,800 teams competing year-round across the nation. The organization is also responsible for selecting and training teams for international competition, including the Olympic Games.

Bunch says achieving the correct equilibrium consists of actually attaining a good counterbalance. Doing other activities outside of training and competition help athletes stay focused and not burn out.

“For me, growing up with swimming, it was also playing the cello,” said Bunch, who is in her first year coaching with HSA. “That was a major part of the balance I found in my life early on. I took lessons and played with my orchestra in school. I’ve always loved music and it is one of my huge passions.” 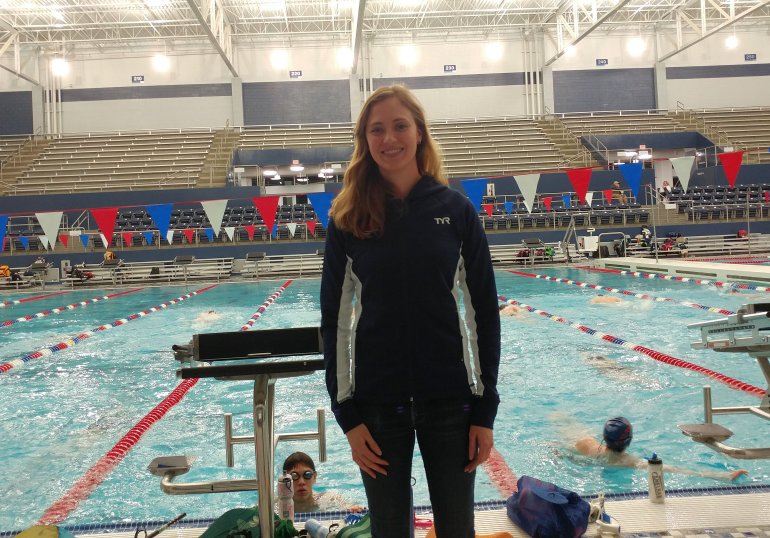 “Auburn was always first in my mind. I loved the team atmosphere and it just felt like home to me. I also coached at Auburn with our head coach David Marsh and then Richard Quick for the Auburn swim camps in the summer. I never expected to like coaching as much as I did. I really enjoy working with people. Swimming is an individual sport to a degree, but my closest friends are ones I’ve made on swim teams. They are always going to be life-long friends.”

At Auburn, Bunch competed four years and was part of two NCAA National Championship teams (2006, 2007). She qualified for the Olympic Trials in 2008 where she swam the 400 IM and 200 backstroke.

“I missed the Olympic Trials in 2004 by three one-hundredths of a second,” Bunch said. “It was so close. Getting the cuts in 2008 were huge accomplishments.”

Bunch graduated from Auburn with a degree in international business. She has resided in the Huntsville/Madison area since 2011 and previously coached with the Madison Swim Association and the Madison Dolphins Swim League. 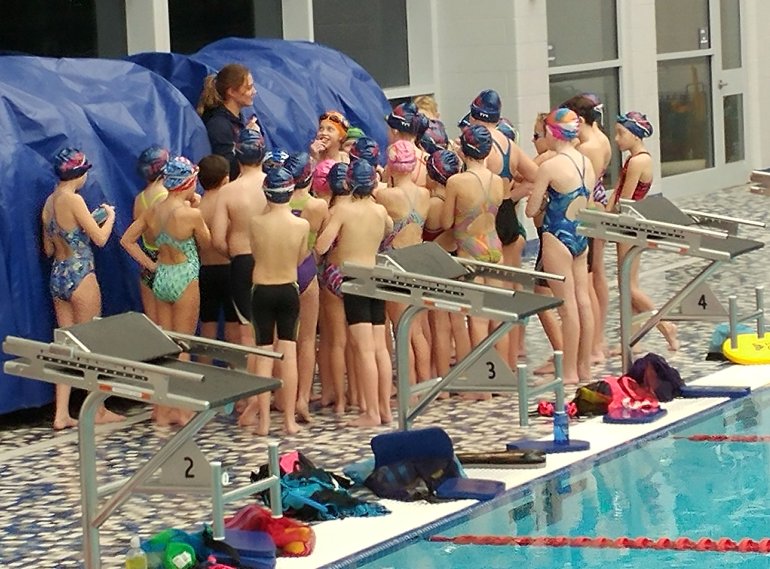 “Blakeley (Bunch) has a great heart and does an outstanding job working with the younger kids, but the exciting thing is we have her working with some of the older kids, too,” said HSA Head Coach Matt Webber. “She has a great versatility for the staff and a vast knowledge of the sport. She swam Division I at a high caliber level with Auburn. She brings in a huge base from just having been there as a swimmer and is also a great technical teacher, who can relate well to the swimmers.”

“I started swimming by taking lessons in a backyard pool when I was age 3,” Bunch said. “I remember how I liked watching my shadow move along the bottom. I found out there were also afternoon swim lessons being offered and I wanted to do that, too. Then, I joined the swim team when I was 7 years old.”

Still competing, Bunch set a record time for both women and men in the Swim Hobbs Island 5-mile open water event in the Tennessee River last September with a remarkable time of 1:58.14.7.

Bunch doesn’t have to look far to find family when she is coaching at the Huntsville Aquatic Center. Blakeley Bunch works alongside her mother, Jan Bunch, who is also an HSA assistant coach.

“My mom moved here to be close to me and my son, Zander,” Bunch said. “He is 4 years old and is starting to learn how to swim. My son and my family are definitely the biggest balancing factors in my life now.”

Matt Patterson joined Buckhorn after climbing the coaching ranks as an assistant. He was the Offensive Coordinator at Bob Jones before joining the coaching staff at Madison Academy.

Gonzaga and Baylor have remained firmly atop The Associated Press men's college basketball poll all season while everyone else keeps rotating in and out of the top 10 beneath them as potential challengers.

This week, that includes Alabama for the first time in 14 years.

Decatur leaders speak on vaccine administration in the area