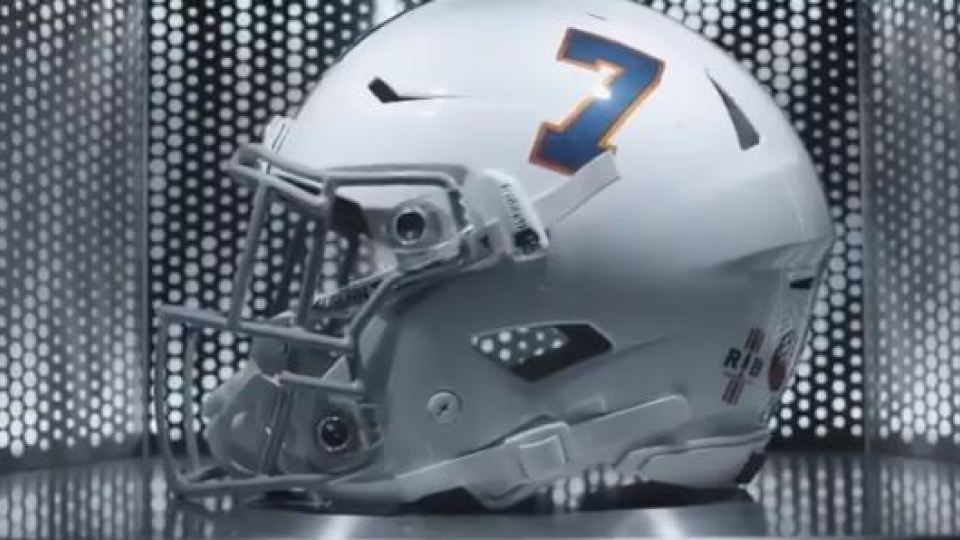 BIRMINGHAM, Ala. (WIAT) — During the Outback Bowl Wednesday, the Auburn Tigers will be paying tribute to one of their own.

In a message shared on Twitter Tuesday night, Auburn unveiled a special helmet with the “7” printed on the side to honor Pat Sullivan, a Heisman Trophy winner and former Auburn quarterback who died Dec. 1.

Sullivan was born in Birmingham and played football at John Carroll Catholic High School before going on to play for Auburn. Between 1969 and 1971, Sullivan led the team to a 26-7 record. In 1971, he received the Heisman Trophy.

After several years in the NFL, where he played for the Atlanta Falcons and the Washington Redskins, Sullivan went into coaching, first as a quarterback coach at Auburn from 1986 to 1991 and, after stints at Texas Christian University and UAB, was the head coach at Samford from 2007 to 2014.

Sullivan died on Dec. 1 after battling cancer for years.

Auburn will face Minnesota at noon Wednesday in Tampa. The game will be broadcast on ESPN.

AUBURN, Ala. (AP) — The Auburn Tigers had an ugly performance for 25 minutes and an unfortunate incident involving a fan.

The final result was prettier for the 13th-ranked Tigers, who rallied from a 17-point deficit in the second half to beat Tennessee 73-66 on Saturday behind Samir Doughty's 22 points.

Auburn's A-Day game has been set for Saturday, April 11, at 1 p.m. at Jordan-Hare Stadium, according to an article by the Auburn Tigers.

MOBILE, Ala. (WKRG) — An Alabama fan is alive today, thanks to the selfless action of an Auburn student. Jon Wright of Pensacola was on the edge of death from kidney and liver failure. He was on the transplant list and didn’t know if he would make it.

When he was hours away from death, 19-year-old Auburn student, Katherine Lersch, unexpectedly passed away from a brain aneurism. She had decided at the age of 16 that she wanted to be an organ donor. Her liver and kidney were placed inside Jon, and he is thriving.