LAWRENCEBURG, Tenn. – A woman has died following an apartment fire in Lawrenceburg.

The victim, Sherrill Dee Brown, 56, was a resident at Pine Bluff Apartments, according to Shayne Adams, Fire Investigator for the City of Lawrenceburg. 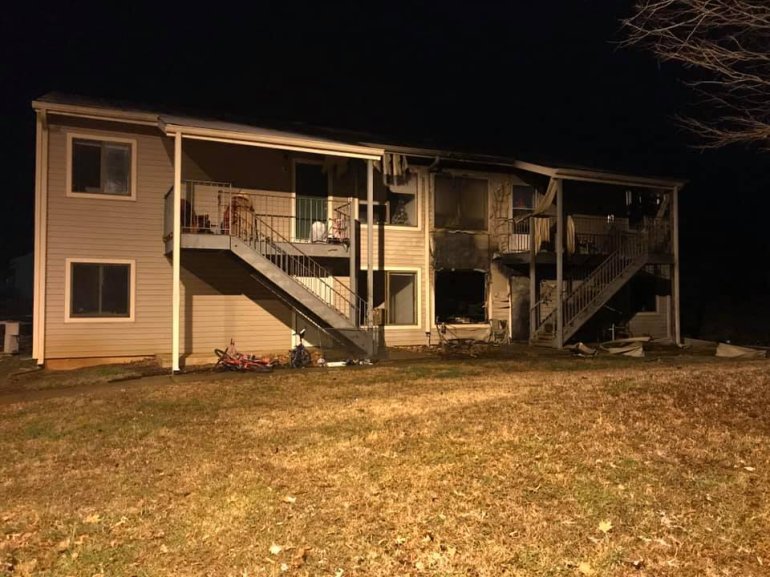 Officials said firefighters quickly identified a burn victim, Brown, and helped her to a Lawrence County EMS unit who took her to the Vanderbilt Burn Center in Nashville. Authorities said poor weather conditions did not allow an air ambulance to respond.

Authorities said the firefighters got the fire under control around 5:30 p.m. and confirmed that all occupants had exited the apartment.

After the fire was completely put out, officials said crews conducted a thorough search to assure the fire had not reached other apartments. Crews deemed the area safe and secured the scene for an investigation into the cause of the fire.

Due to the extent of Brown’s injuries, authorities said they requested the Tennessee Bureau of Investigation (TBI) to assist with the scene investigation.

On December 13, TBI investigated the scene with an accelerant detection dog. Authorities said the fire’s cause was deemed accidental.

Adams said Brown did not survive after efforts made by Vanderbilt Burn Center.

Details of the case and Brown’s cause of death are not available due to the pending release of the findings of the medical examiner’s office.

On September 9, Audubon Coastal Wildlife Network (CWN) and Texas Marine Mammal Stranding Network (TMMSN), with assistance from National Oceanic Atmospheric Administration’s (NOAA) Office of Law Enforcement, responded to a stranded dolphin in Cameron Parish. Locals reported the female bottlenose dolphin was trapped in a pond 9 miles inland, most likely due to the storm surge created by Hurricane Laura, with no access to open water.

Once CWN, TMMSN, and NOAA responders arrived onsite and assessed the situation, a successful rescue effort ensued. Following a physical exam, the dolphin was deemed releasable and transported back to the Gulf of Mexico.

HUNTSVILLE, Ala. - American Civil Liberty Union chapters all over the nation are feeling the loss of Justice Ginsburg.

Ginsburg founded the Women's Rights Project within the ACLU. That project is dedicated to changing and pushing for reforms against institutions which perpetuate discrimination against women.

WASHINGTON (NEXSTAR) -- The vacancy on the U.S. Supreme Court is fueling new protests in Washington.

Demonstrators gathered outside of the Supreme Court before sunrise Monday to call on Sen. Lindsey Graham to delay filling the vacancy left by Ruth Bader Ginsburg until after the next president can make the nomination.