WMEL submitted a pre-application with the Alabama Department of Environmental Management (ADEM) through the Drinking Water State Revolving Fund (DWSRF) in February. The DWSRF fund was established under the Safe Drinking Water Act to provide low-interest rate financing for construction of public water system improvements. 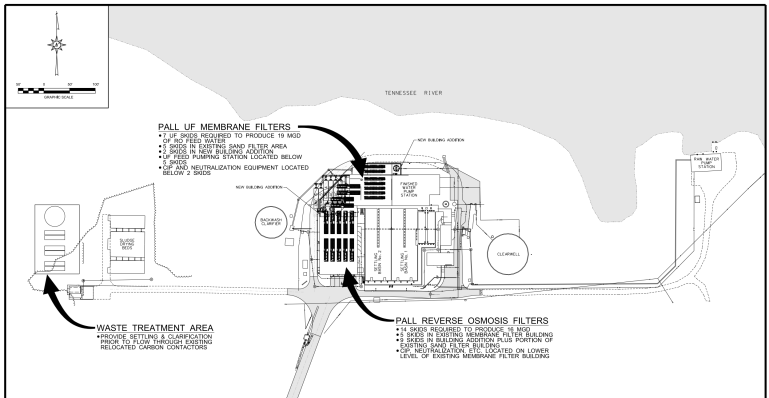 According to the application, the water authority says it “lacks adequate capacity to provide safe drinking water” and believes installing the reverse osmosis system will resolve their issues.

WMEL is aiming to break ground on the reverse osmosis system in October 2019 and have the system online in December 2020, according to its loan application.

In 2016, West Morgan East Lawrence Water Authority told its residents to not drink the water. The water authority manager told the public the water was unsafe to drink because the level of PFOA and PFOS chemicals found in it were above the EPA health advisory levels.

PFOA and PFOS chemicals were produced by 3M in Decatur for decades.

The water authority immediately installed a carbon filtration system to filter out those chemicals, but they say the current carbon system is a temporary fix. 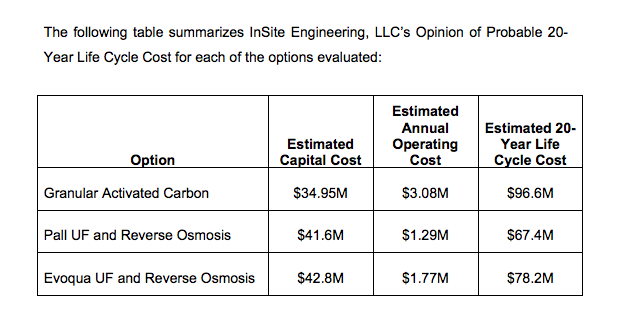 In the application submitted to ADEM, the water authority indicates the cost of a reverse osmosis over a 20-year span is $29 million cheaper than the granular carbon filtration system. The application also notes the cost of running a reverse osmosis system is about $1.3 to $1.8 million cheaper in annual operation costs. The capital cost for the advanced filtration system could be up to $43 million.

ADEM, the state’s environmental regulator,  is also the agency tasked with deciding whether to lend the water authority the $58 million. The head of ADEM previously said the reverse osmosis system was the most effective option for filtering out all forms of perfluorinated chemicals but added he didn’t think it was worth the money.

WHNT News 19 reached out to Carl Cole, an attorney representing WMEL water authority in its legal battle against 3M.

“WMEL professionals have done exhaustive research and testing to figure out how to make their water PFC free. They found reverse osmosis is the most effective and cost-effective option,” explained Cole.

Cole told WHNT News 19 the water authority has experimented with making the granular carbon filtration system its long-term solution — moving the water intake point, mixing water from other sources, and ion exchange. He says all research leads them back to the reverse osmosis system.

“After all the years of dealing with misstatements from 3M about the dangers of these chemicals the community deserves the most advanced treatment available and we know they won’t settle for anything less,” said Cole.

LAWRENCE COUNTY, Ala. — Two people were shot in the Chalybeate community of Lawrence County Monday night.

According to Lawrence County Coroner Scott Norwood, the shooting happened on County Road 296 in the Chalybeate community.

Skating in the Park to return for another year in Huntsville

HPD chief: Video shows Christina Nance getting into van where her body was found