MADISON COUNTY, Ala. – Two men are in jail and 24 pounds of ice methamphetamine are off the streets after a months-long investigation into drug trafficking in the north Alabama area.

The Madison County Sheriff’s Office says that investigators stopped Anthony Guthrie as he was leaving the Fort Payne area on September 5. A K9 officer conducted a search of his vehicle and alerted near the trunk. Investigators found a cooler inside the vehicle with around 24 pounds of methamphetamine in it.

The sheriff’s office says investigators arrested David Jose Topete at a hotel in the Fort Payne area as part of a follow-up investigation. 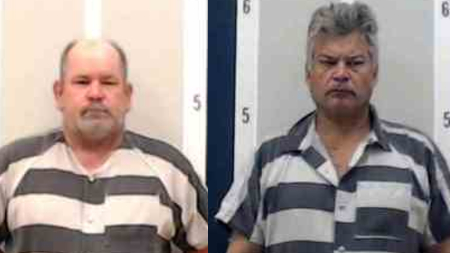 Both Guthrie and Topete are charged with trafficking in methamphetamine and booked in the DeKalb County Jail on a $1,000,000 cash bond.

Federal agents have been notified, and additional charges are pending.

The investigation continues and more arrests are possible.

MADISON COUNTY, Ala. – Sparkman Middle School is closing out Black History Month on a high note.

A teacher came up with the idea to produce Sparkman's first "Black History Program" for the entire school.

HUNTSVILLE, Ala. -- Fear from the outbreak of the COVID-19 led to a historic day on Wall Street. At the end of this week, the DOW has dropped almost 4,000 points.

Equities are on track for their worst week since the financial crisis.

HUNTSVILLE, Ala. - Homelessness is rising in North Alabama and some young adults exiting the foster care system are at risk of experiencing it.

The Huntsville Housing Authority (HHA) has a plan that will take more young people off the streets.