FRANKLIN, Tenn. (AP) — Police in Tennessee have increased a reward offer and expanded the search area for a man accused of attacking a 16-year-old girl 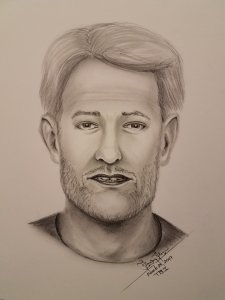 whose vehicle had a flat tire along Interstate 65.

Police in Franklin said in a news release the reward for information leading to an arrest has been increased to $5,000.

Police say the girl was outside her vehicle waiting for her father to arrive south of Nashville on March 24 when the suspect pulled her down a hill and into a ditch. The girl escaped and the suspect fled into woods on foot and has not been spotted since.

The girl was treated for minor injuries.

The man is described as white, about 6-feet tall, in his late 30s or early 40s, with a medium build, a blond beard and discolored teeth.

TAMPA (WFLA) - Dr Pepper fans nationwide have struggled to find the popular soda at grocery stores, and the company says it is working on a solution.

The company said in a tweet that all flavor of Dr. Pepper have been impacted by the shortage.

Sara Buie lined up a summer lifeguard job to help pay for a new laptop, textbooks and a backpack for her freshman year at Virginia’s James Madison University. But the coronavirus pandemic closed her community pool.

She tried offering online tutoring to middle school and high school students. But only one parent responded before disappearing.

DECATUR, Ala. – Decatur police have an arrest warrant for the murder of a man over the weekend.