MESA, Ariz. — An Arizona high school student is in big trouble for a senior prank that went too far.

Police in Mesa say Hunter Osborn, who was 18 at the time, exposed himself while the team football photo was taken for the yearbook.

About 3,400 books were distributed before the prank was noticed, according to KTVK-TV.

Osborn reportedly told police he was dared to do it by a teammate and was “disgusted” with himself.

Sixty-nine counts of indecent exposure – one for each person present at the photo shoot – and one count of furnishing harmful items to minors have been filed.

Charges could be added or reduced if more people come forward with complaints, or if those over 18 in the photo do not want to press charges.

Osborn is currently wearing an electronic monitoring device after being released.

Most students who spoke with KTVK-TV said they didn’t notice the issue until it was pointed out and thought the charges were too harsh for what they see as a prank.

“The district is dismayed by the actions of the students involved in the photograph.

Their behavior does not reflect the values of Red Mountain High School or Mesa Public Schools.

Upon learning of the photograph, school administration immediately contacted police and is cooperating fully with the investigation.

The school and district are conducting an investigation to determine what actions might have prevented the publication of the photograph, so appropriate safeguards can be put in place going forward.

While the small size of the photograph as published makes the details difficult to discern, the yearbook has been recalled so the school can make a minor but critical edit for the inappropriate content.” 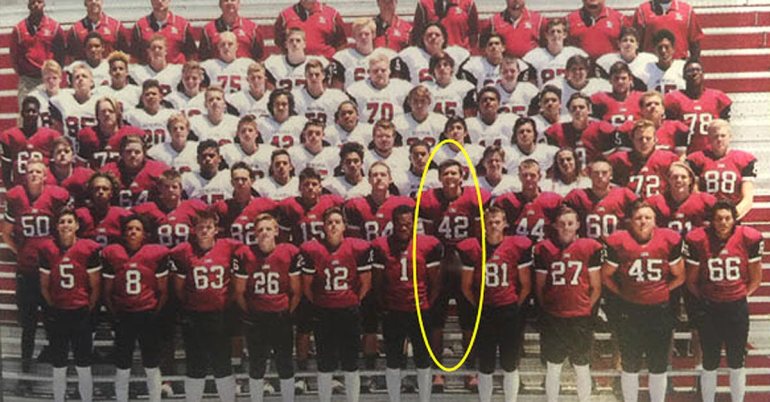