ALABAMA – Alabama prison inmates have not been able to be paroled early since October of last year when the Governor’s moratorium went into effect. That has since ended, but the Board of Pardons and Paroles is still not granting early release.

Officials with the Southern Poverty Law Center are concerned with how they believe this is affecting prison overpopulation. They also say taking away the idea of early release can cause other problems. 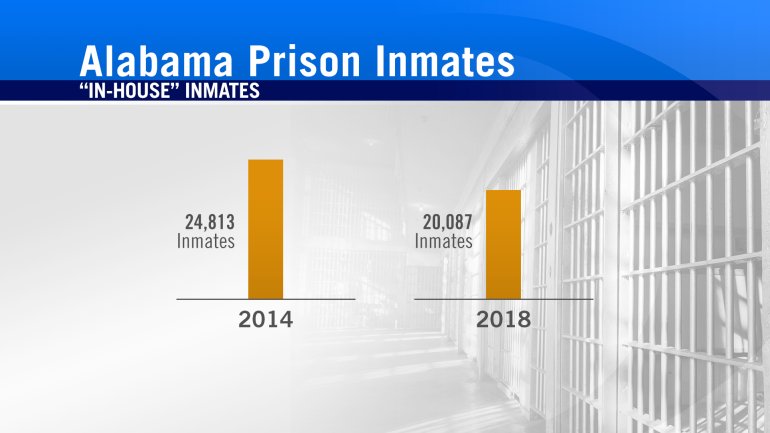 Morris says early release has not been granted for several months and the number of inmates in state prisons is rising.

“The population has actually climbed by 400 people since last October,” Morris said.

Jimmy O’Neal spacer is charged with killing two women and a child in Guntersville last summer. After he was arrested it came to light that he fled from his parole monitoring. In October Governor Kay Ivey issued a moratorium stopping the early release of inmates.

“We’ve been lead down a path that is not really reflective of reality and what we see is most people who get out of prison on parole, they want to stay out and very few of them are committing violent crimes,” Morris said.

The new chair of the Board of Pardons and Paroles says there haven’t been any early releases since then.

“And so the more available parole is the more useful a tool that is. If people know that they’re not going to get out for a really long time then that cuts down on that incentive to follow the rules do the things they’re being asked to do in the prison system,” she said.

She is concerned that it has been taken off the table since October.

“I think it’s extraordinarily important. We have very violent prisons, prisons that are more violent than what we see around the country, and that’s in large part because too many people housed in the prisons and too few people overseeing the prisons,” she stated.

She says hopes the number of inmates starts to go back down soon.

During the legislative session, Governor Kay Ivey signed a bill that strengthened parole board regulations and created new criteria for early release.

The new law goes into effect in September.

“Unless the board regularly violated its own rules (and the board claims it has not) then the impact on prison overcrowding should be insignificant,” the statement said.

In the same statement, he said protecting public safety is paramount.

“While prison overcrowding is a serious problem that our state is currently wrestling with, ensuring public safety is the government`s (and specifically, the Board`s) paramount duty to its citizens,” his statement said.

ATHENS, Ala. — Scammers are calling people in Athens and claiming they are delinquent on their business licenses, the city said Monday.

DECATUR, Ala. — Police said a Saturday traffic stop for illegal window tint ended with the driver behind bars on drug selling charges.

Tiawan Sims, 40, was arrested on 6th Avenue SE Saturday after police pulled him over for having illegal window tint. After pulling him over, police said they found he had crack cocaine, ecstasy pills, Adderall pills, marijuana and cash. At the time of his arrest, police said he was on probation for cocaine distribution.

(NEXSTAR) -- Ever wonder what it would be like to have your family photos come to life in a way reminiscent of those in the world of Harry Potter?

Genealogy service MyHeritage has announced the release of AI-enabled Deep Nostalgia, which animates the faces in still photos.