MOBILE, Ala. (WKRG) — The flu virus is getting an early start in Alabama. A significant number of cases of influenza have been reported in the northern and east-central parts of the state, which include Montgomery and Huntsville.

Health officials are not seeing significant flu activity in coastal Alabama, according to the latest data from the Alabama Department of Public Health, which includes flu cases reported between September 15-21.

Flu season generally begins in October and ends in late May. The highest number of flu cases are typically seen from January to March. 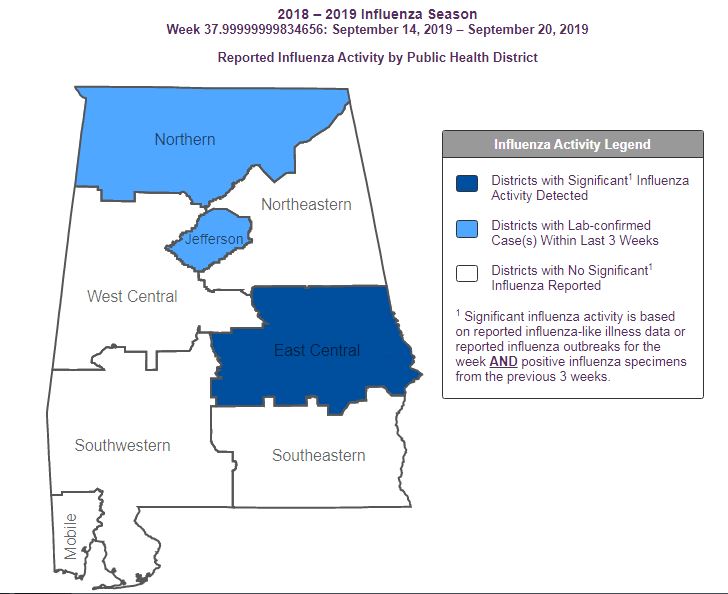 On September 9, Audubon Coastal Wildlife Network (CWN) and Texas Marine Mammal Stranding Network (TMMSN), with assistance from National Oceanic Atmospheric Administration’s (NOAA) Office of Law Enforcement, responded to a stranded dolphin in Cameron Parish. Locals reported the female bottlenose dolphin was trapped in a pond 9 miles inland, most likely due to the storm surge created by Hurricane Laura, with no access to open water.

Once CWN, TMMSN, and NOAA responders arrived onsite and assessed the situation, a successful rescue effort ensued. Following a physical exam, the dolphin was deemed releasable and transported back to the Gulf of Mexico.

HUNTSVILLE, Ala. - American Civil Liberty Union chapters all over the nation are feeling the loss of Justice Ginsburg.

Ginsburg founded the Women's Rights Project within the ACLU. That project is dedicated to changing and pushing for reforms against institutions which perpetuate discrimination against women.

WASHINGTON (NEXSTAR) -- The vacancy on the U.S. Supreme Court is fueling new protests in Washington.

Demonstrators gathered outside of the Supreme Court before sunrise Monday to call on Sen. Lindsey Graham to delay filling the vacancy left by Ruth Bader Ginsburg until after the next president can make the nomination.