FLORENCE, Ala. – The city of Florence is putting your tax dollars to work. Earlier this month, a one-cent sales tax increase went into effect and improvement projects put on the back-burner for years are now underway. Veterans Park will be the first to get some much-needed attention. 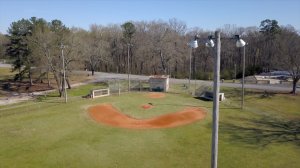 For more than ten years, the park has sat all but vacant. It was supposed to be part of a larger project which brought a championship golf course and luxury hotel to the Shoals. Leaders never found an agreeable attraction to place here.

“When the project did not come, we wound up with the park again,” explained Community Services Director Todd Nix. “So, we were waiting in limbo at that time. Now that we know we are going to keep the park; it’s our responsibility.”

Revenue from a sales tax increase is giving the city the opportunity to bring back the luster of Veterans Park.

“Our athletic programs have grown tremendously and the fields are of great importance,” said Nix. “So, our young people will use them as well as our adult leagues, and then on weekends we will be able to host more day tournaments than we do now.” 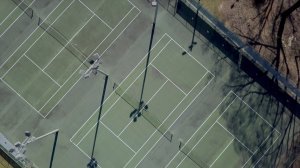 Nix also said the shelters and bathrooms will see upgrades in this round of improvements. The revitalization of Veterans Park is only a small part of a bigger picture which will see improvements to many public facilities across the city.

“With this new sales tax that we are tremendously grateful for, we will be able to maintain at a higher standard then we have,” Nix stated. “So, hopefully in the fall we can come back and hit the rec centers and upgrade them.”

Community Services has about 20 items on their wish list, totaling around $800,000; projects that will be performed in stages. This first round makes up about 25% of the total.

City leaders in Florence have said the sales tax increase will generate an additional $9.5 million for the general fund. $8 million of that will be used for infrastructure improvements, with the additional revenue used to give first responders a pay raise.

Florence Police Department advises protesters on what to do if threatened

FLORENCE, Ala. — Protesters in Florence have been consistently speaking out for the relocation of the downtown Confederate monument going on sixteen weeks. There has also been consistent opposition demanding the monument not be moved.

Some of those opposed have taken to social media to voice their opinions, but protesters say that continued comments promoting violence have sparked concerns over their safety.

FLORENCE, Ala. — Over summer, the future of high school sports was brought into question on how it would look during the COVID-19 pandemic.

Topics of if and when are now a reality as some school systems cancel and forfeit games over positive cases among players.

FLORENCE, Ala. — As COVID-19 restrictions ease, some recreational facilities are reopening, like the Florence Sportsplex which reopened to the public last Monday.

This week, the complex is resuming sports like flag football and soccer.

One on one with Secretary of State Brad Raffensperger

Florence Police Department advises protesters on what to do if threatened

Cindy McCain endorses Biden for president in rebuke of Trump