TUSCUMBIA, Ala. – The Tuscumbia school system has received an early Christmas present in the form of cash. City council members have voted in favor of giving the schools a six-figure appropriation to help alleviate a major headache for the entire city. 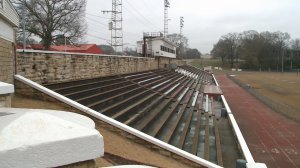 Since Howard Chappell Stadium hosted it’s first football game there has been one problem – water. It sits in a low lying area of the city, and is a catch-all for rain run-off.

“The water has been a problem," explained Deshler Principal Russ Tate. "In my four years here, we have always had at least one football game that we have kind of questioned whether we would be able to host due to flooding." 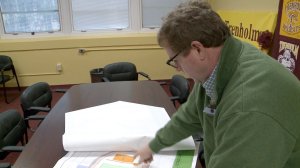 By the fall, their problems could be solved. Pre-construction engineering work has been completed to create a drainage pond for the flooding. The plans also call for drainage pipes to move run-off from the west side of the stadium to the east side where the pond will be constructed.

“It takes away a lot of the headache away from us,” stated Tate. “But it will also help us come spring when we get what seems to be a few heavier storms, in our spring track and field series and things like that.”

And Tate says the shining jewel of the $1.2 million project is artificial turf. The playing surface will be able to host both athletic and community events. Tuscumbia city council members have kicked in $200,000 to help with the drainage work, because drivers will probably benefit the most with an open road.

According to school system administrators, they hope to begin the project in late February. Construction could take up to 120 days and finish just in time for the 2019 football season.