TUSCUMBIA, Ala. – Work has started on a project which will see miles of roadway repaved in the city of Tuscumbia. But, the improvements don’t come without danger to crews. 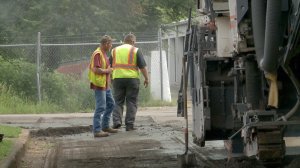 It’s hot – dirty work. Road crews in Tuscumbia start before the sun comes up, and try to finish before the blistering afternoon heat. Two major repaving projects are underway in the city.

“It’s going to take a little bit of time; it’s not an overnight process,” explained Lt. Mike Smallwood with the Tuscumbia Police Department.

U.S. Highway 72 West and several city streets are getting fresh asphalt. Miles of orange cones and warning signs line the zones. Wherever a crew is working, law enforcement is there to warn drivers.

“They might have to change and do something different right in the middle of it. So, we are there to caution people to have them be careful,” Smallwood said. 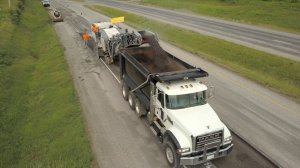 Tuscumbia police say speeding drivers are a major concern. The construction locations have several people on foot working around traffic. They want to remind drivers; you will get a ticket if caught driving too fast. Another big danger to the crews face in construction zones are distracted drivers.

“Be aware and slow down, watch what you are doing, so that no one gets hurt and we can allow the construction to move forward and they will be done,” Lt. Smallwood stated.

Police say the key to everyone going home safely at the end of day is going to be patience.

More than seven miles of repaving is planned for this summer on Tuscumbia city streets. It’s being funded by a matching grant through the Shoals Metropolitan Planning Organization.

SHEFFIELD, Ala. — In August, Governor Kay Ivey announced she would be extending Alabama's Safer-at-Home order including the mandatory mask mandate. That order is set to expire Friday, October 2.

“We are seeing significant drops in our hospitalizations and daily positive COVID-19 numbers and I have no doubt that this is a result of our mask ordinance,” Governor Ivey said during an August news conference.

Helen Keller Hospital CEO Kyle Buchanan agrees with the governor on the effectiveness of masks but said since her announcement in August there has been an increase in cases.

“We saw it slow down quite a bit in September and then pick back up here at the end of the month,” Buchanan said.

Buchanan said the increase comes after Labor Day weekend with cases at Helen Keller now in the double digits.

He also acknowledged that extending the order is a difficult decision for the governor, but regardless of her choice, things won't change at Helen Keller.

“We are universally masking so every visitor, every patient, every staff member is required to wear a mask within our hospital and we don’t intend to change that at all,” Buchanan said.

And keeping that policy in place will also help with the upcoming flu season. “The same advice; we've been preaching masking and social distancing and hand hygiene since March of this year,” Buchanan said.

With a possible increase in demand, Buchanan wants to make sure the hospital has enough resources to care for the entire community.

FLORENCE, Ala. — The demolition of an income-based housing site began Monday morning in Florence.

Cherry Hill Homes located just off Florence Boulevard was built in 1952. Being the first public housing in the city of Florence, the Housing Authority said it was time for a change.

FLORENCE, Ala. - Florence Police are warning residents of a new scam going around.

The police department says they've received a few calls from citizens saying that scammers used the department's phone number to advise residents that they had warrants.