TUSCUMBIA, Ala. – It’s a whodunit case that remains unsolved. A father of seven was shot and killed after pulling into his driveway. Detectives are still in desperate need of someone coming forward with information. 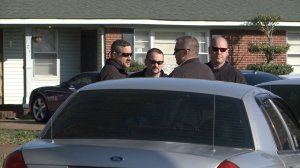 Just before 1 a.m. on March 9, 2017, a single gunshot rang out on Oak Drive. When Tuscumbia police responded, they found Derrick Bates lying in his driveway. Investigators say the victim was confronted as soon as he got out of his car. Chief Tony Logan believes fear is keeping them from solving this murder.

“People may have that information, but they are also afraid of some of the parties involved,” said Logan. “Just not knowing exactly who the shooter was that night, there is somebody out there that does know.”

The shooting was caught on surveillance camera, but to this point it hasn’t helped. So investigators are tapping every resource they can. 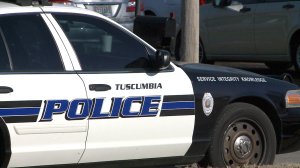 “It’s still a very active investigation,” Logan stated. “As a matter of fact, we met with state investigators yesterday (Monday) because we are using some new technology that we really don’t want to disclose at this point to assist us in the Bates case.”

Chief Logan said Bates was likely familiar with the shooter, because there were no obvious signs of the victim panicking. Whether it was robbery or a calculated attack, Chief Logan says the Bates family deserves answers, and no matter what it takes, he wants to be able to give them some.

The Shoals Area Crime Stoppers is offering a reward of up to $1,000 for information which leads to an arrest. They can be reached by calling (256)386-8685 or texting 274637 with your information. All correspondence is kept anonymous.

LAUDERDALE COUNTY, Ala. — A tornado knocked down thousands of trees at Joe Wheeler State Park back in December but a park volunteer is using his talents to turn some of that destruction into a work of art.

A bench located at the park’s campground office was carved from one of those fallen trees. Park volunteer and former homebuilder Donny Robertson said the campground manager asked if he could build a bench for the campground store lobby. They decided to use lumber from the debris to symbolize the park’s resilience following the storm.

LAUDERDALE COUNTY, Ala. — “Honoring our fallen heroes, lest we forget, and some gave all.” That was the theme of this year’s Memorial Day Ceremony for Florence and Lauderdale County.

The world is different now than on Memorial Day in years past but Florence Mayor Steve Holt said that isn’t a reason to pass on honoring those who have made the ultimate sacrifice.

Suspected killer, woman in custody in case of triple murder in Danville