Florence, Ala. – It’s a project which has been called a game changer for northwest Alabama. But for more than ten years it has been hampered by the final piece of the puzzle. 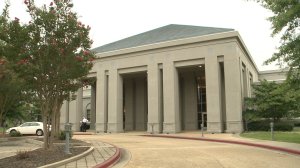 Shoals leaders have said the stars aligned to get the investment project completed in the early 2000’s. The Retirement Systems of Alabama invested tens of millions to build a luxury hotel and the Robert Trent Jones golf course.

RSA even remodeled the Florence Conference Center after leasing it from the city of Florence.

“This has been one of the best projects that has ever come to northwest Alabama. It has created more than 4,000 jobs,” stated Rex Burleson, Chairman of the Public Park Authority.

However, the final piece of the project laid on the grounds of Veterans Park.

The Public Park Authority was to work with Florence leaders to find an attraction to draw in visitors. $2-million collected through a gas tax was even set-aside to off-set costs, but nothing could ever be agreed upon.

“I think the tennis project was probably enough for him to say I would rather do something else now,” said Florence Mayor Steve Holt.

This week the PPA acted on a request by RSA to use the $2-million towards improvements at the conference center.

The Public Park Authority’s recommendation to give RSA the money now goes to the Florence City Council.

And if approved by the Florence City Council, Chairman Burleson said RSA will have to turn in receipts for reimbursement up to the $2-million mark.

A two cent gas tax was voted on in the Shoals to help fund infrastructure related to the RSA project.

The Public Park Authority said the bond issue should be paid off as early as 2019, 13-years ahead of schedule.

FLORENCE, Ala. — Good news for student-athletes at the University of North Alabama: the weight room and turf field are now open.

The facilities were closed as a safety precaution as COVID-19 began to spread. They were originally planned to reopen in July but are now open for student-athletes to participate in voluntary workouts, provided they have a place to stay. Residence halls and other student housing are still closed at this time.

FLORENCE, Ala. — The COVID-19 pandemic caused schools nationwide to make the switch to virtual learning. After a successful spring semester following the transition, Florence City Schools announced that virtual school will become a permanent learning alternative for students in kindergarten through sixth grade.

Superintendent Jimmy Shaw said the school board made the decision after giving a survey to parents and receiving positive feedback.

LAUDERDALE COUNTY, Ala. — Rumors of riots and violence have been circulating across social media and local law enforcement officials are asking that the public think carefully before clicking the share button.

In the Shoals, both the Lauderdale County Sheriff’s Office and Florence Police Department shared similar messages assuring the public that rumors of violent protests are not true. Anyone with concerns should report those to the authorities instead of sharing them on social media. They said the protests that have taken place in Florence have remained peaceful. It’s an example that Lauderdale County Sheriff Rick Singleton said people have followed since the Civil Rights Movement.