SHEFFIELD, Ala. – Since October, many restaurant owners in Sheffield say they have seen a drastic decline in sales. They are blaming a smoke-free ordinance imposed by the city council for cutting their business. In Monday evening's scheduled city council meeting, Sheffield Mayor Ian Sanford is trying to right their wrongs with a revised ordinance. 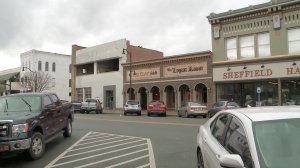 Millions of dollars have been poured into the rehabilitation of downtown Sheffield over the last few years. It’s on the up-swing, attracting numerous restaurants and businesses. But that is being threatened according to business owners. Some have seen revenues drop as much as 40%. They say it’s because of the smoke-free ordinance which went into effect last October. It bans smoking in all public places, even private businesses.

“I think if they purchase a business, that’s where our revenue is coming from the businesses. So without the businesses, we can’t make it,” stated Sheffield resident Mary Stevens. “So I think it should be the businesses choice as to what they want to do.”

And that is exactly what Mayor Sanford is proposing to the city council. Leave it up to a business whether they allow smoking or not. 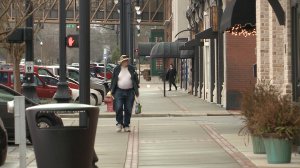 Since this is the first time the new ordinance has been brought up on an agenda, it would take the entire city council’s consent to bring it up for a vote. As divisive as this subject has been, that’s highly unlikely.

“Me personally, I think it shows a sign of respect for the people that don’t smoke to walk into a business,” said resident Ginger Larsen.

Mayor Sanford has heard from the businesses, as have many of the council members. Owners are just hoping the council reconsiders before progress stops.

As proposed by Mayor Sanford, a revised smoke-free ordinance would retain the portions about not smoking in a vehicle with a minor child. It will also continue to prohibit smoking in parks and municipal buildings.