SHEFFIELD, Ala. – Hundreds of Sheffield citizens woke up early Sunday morning to a potentially toxic situation. Chlorine gas was released into the air from the city’s wastewater plant.

According to Sheffield Utilities, just after 1 a.m., an automated alert system notified them of a potential leak at the wastewater plant. A closer look by workers 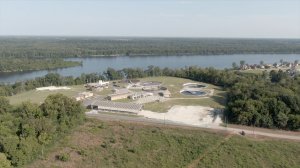 triggered a call to Colbert County 911.

From Sky19, we got an aerial view of the plant itself. The tanks behind Sunday mornings leak are located in the back of the property closest to the river.

“Very quickly you can go from breathing normally to being in the middle of that stuff and unconscious with just a matter of seconds,” Smith said.

Smith said they quickly made the decision to wake nearby residents in Sheffield’s Village and the Rivermont subdivision.

“It was not a mandatory evacuation,” said Smith. “They were just encouraged to shelter in place and to close all their doors and windows and turn their air conditioning units off.” 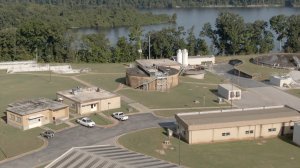 Initially, they were concerned more gas may have escaped the holding tanks. Once crews were able to get to them it was far less serious, and the evacuation area shrank considerably.

“For the situation that we had, for the unknown variables that we had, I feel like everybody did a very good job with the main concern being protecting the citizens,” Smith explained.

On Thursday, emergency management will hold a debriefing with all agencies involved to determine exactly how the response went and what can be done better in the future.

Sheffield Utilities says the pressure relief valve which failed Sunday morning is inspected yearly. The most recent inspection was conducted in October of 2018. Crews had the valve repaired by Sunday afternoon.

The Alabama Department of Environmental Management and the EPA were both notified of the release.