LAUDERDALE COUNTY, Ala. – Time continues to tick away as family members and detectives search for answers in a missing persons case. Lauderdale County detectives are reaching out to the public for help in the disappearance.

It is not too often you have detectives say they have reached a dead end, but that is where the Lauderdale County Sheriff’s Office is at. On March 1st, 39-year-old Bradley Eugene Lard vanished.

“It’s really hard though when you have an individual who didn’t have a cellphone, he didn’t have a credit card. I have no way to actually physically track him as a person,” explained Sgt. Matt Horton with the Lauderdale County Sheriff’s Office.

Sgt. Matt Horton says it was not unusual for Lard to walk great distances even at night. On March 1st , detectives say Lard was at a residence in Cloverdale and possibly a residence in Gravelly Springs.

“So, if you take some the statements we have; he was at a residence in Cloverdale. We have numerous witnesses that say yes he was there, and that the next thing they know he was just kind of gone,” Horton said. 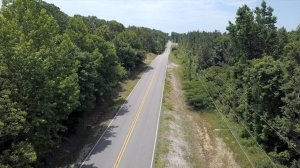 According to Sgt. Horton, it’s not normal for Lard to go very long without contacting his family. They too have joined in on the search.

“We’ve been out there with the family looking, and unfortunately we haven’t come up with anything,” Horton stated.

As days pass, detectives say finding Lard alive grows bleaker. Detectives are asking everyone in the Cloverdale and Gravelly Springs areas to keep their eyes open when working on their property, and report anything which might look suspicious.

If you have any information which could help law enforcement find Bradley Eugene Lard, you are asked to contact the Lauderdale County Sheriff’s Office or Shoals Area Crime Stoppers.