SHEFFIELD, Ala. – The Sheffield Police Department is the first agency in the state to take advantage of a new law which brings retirees off the bench and into the schools. 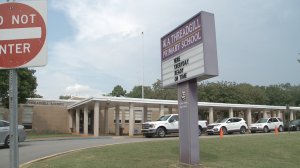 There is a calm among the teachers and students of Sheffield City Schools. Patrolling the hallways on each of the three campuses is a School Resource Officer.

Two of the three are retirees from the Colbert County Sheriff’s Office, and the third is a full-time Sheffield police officer.

Earlier this year when Chief Ricky Terry took office, schools were on his priority list. He felt they were vulnerable by not having an SRO on campus full time.

Since they started, Terry says the teachers have commented about how much safer they feel. 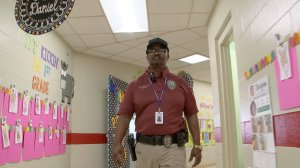 “They have the mindset of hey we have our own SRO now. They are trained to, if something happens in that school, with their experience they can take care of it,” said Chief Terry.

Under the state law passed earlier this year, schools or law enforcement can hire a retiree who left in good standing without having to go through a refresher course. However, they must have active shooter training before becoming a School Resource Officer.

The cost of the new School Resource Officers is being split between the school system and city.  The school resource officers in Sheffield are located at Threadgill Elementary, L.E. Willson Elementary School, and one officer covers Sheffield Junior High School and Sheffield High School which are under one roof.