SHEFFIELD, Ala. – In 2015, plans were announced for a resort type development overlooking the Tennessee River. As each day passes, the dreams of developers and local leaders are getting closer to reality for Sheffield and Inspiration Landing. 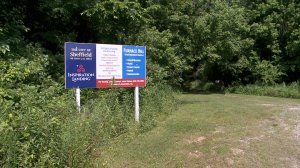 Earlier this year a sign suddenly appeared on West 20th Avenue in Sheffield. Once part of the city’s landfill, the property is poised to become quite the development. When approached four years ago and told about the plans, Mayor Ian Sanford never realized it would take this long to happen.

“I had no idea,” stated Sanford. “But you know, they have spent more money than we have. So, I don’t think they are doing that for fun.”

Inspiration Landing is the brain-child of Memphis developer John Elkington. His vision for the property includes an amphitheater, 3-hotels, event center, and now a ten-screen movie theater. It has taken all this time for the city and Elkington to jump through several hoops. 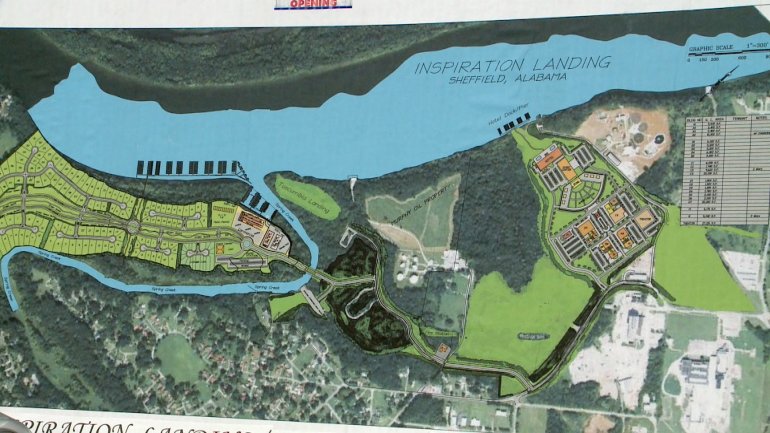 “I think ADEM is about covered; I think that is about out of the way. And we are just waiting for a final letter sign-off from the Alabama Historical Commission,” Sanford said.

Mayor Sanford says once the state agencies sign-off, the overgrown area known as Furnace Hill is going to change forever.

“They haven’t been driving down here once a week for four years for fun. I frankly have confidence in them,” said Sanford.

Once approval is given, a path to nowhere on West 20th Avenue will turn into a construction road.

The city of Sheffield has been approved for a $4-million loan through the U.S. Department of Agriculture to develop infrastructure on the property.

RUSSELLVILLE, Ala. — Friday afternoon at a special called council meeting, the City of Russellville received donations from two groups to expand learning and recreation opportunities.

The family of Billy and Leila Norris, prominent Russellville business owners, presented Mayor David Grissom and the city council with the deed to their historic home, located behind city hall.

LAUDERDALE COUNTY, Ala. — If you drive around Lauderdale County you might notice that sheriff’s deputies have some new wheels.

The Lauderdale County Sheriff’s Office usually purchases Ford Explorers but added five 2020 Chevy Tahoes to the fleet instead, due to a delay in the bidding process.

RUSSELLVILLE, Ala. — Russellville Police still need assistance in identifying the woman in these photos.

She’s believed to be the same woman suspected of stealing another woman’s purse in the Russellville Walmart parking lot on Friday, July 24. The victim in this case was injured as she pursued the purse snatcher.