LAUDERDALE COUNTY, Ala. – He spent years pleading for the Lauderdale County Commission to make improvements to his neighborhood’s road. On Sunday afternoon, 83-year-old John Parrish lost his life in a head-on collision on the very road he was trying to get something done to. Parrish’s neighbors want action from the commission. 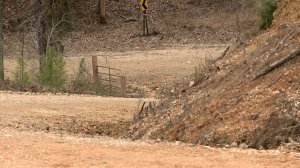 Paradise Drive has some of the most breath-taking views in all of Waterloo, but there is a dark-side here – a dirt road which claimed it’s latest life on Sunday.

“Believe me, this was a nightmare for me to do what I had to do,” explained Brad Wayland. “To pull him out of the car and try to save his life.”

Wayland has called Paradise Drive home for almost 15 years – the same amount of time they have been asking the Lauderdale County Commission to help with improvements. 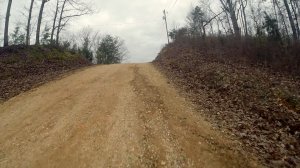 Residents on Paradise Drive have several issues they would like the county commission to address. One of the main ones – blind corners. There are several spots in which you have no idea what’s on the other side until you get there.

“There’s got to be some answers here,” stated resident Barry Rupp. “If just the common everyday person can see that things can be taken care of.”

Before Sunday, the last fatal crash happened in 2012. Neighbors say there have been countless other wrecks over the years, and it is time for the county to take action before someone else losses their life.

WHNT News 19 reached out to Lauderdale County Commission Chairman Danny Pettus for his thoughts on Paradise Drive. Pettus tells us he plans to meet with residents on Wednesday to discuss the issues there. He also plans to revisit Paradise Drive on Thursday with the County Engineer to evaluate problem areas.

FLORENCE, Ala. — The future of the Confederate monument outside of the Lauderdale County Courthouse seems uncertain—at least for now.

After the City of Florence learned that the monument was city property and not the county's, Mayor Steve Holt announced that the council would look into relocating it.