TUSCUMBIA, Ala. – Four months have passed since flood waters ravaged Spring Park in Tuscumbia. Next week, the park plays host to the biggest festival of the year, but is the city ready? 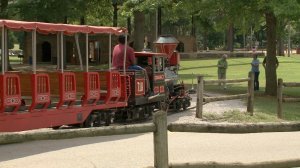 The stage is set and come Thursday, thousands of people will start filling the lawn. The city’s parks and recreation department has had their hands-full getting ready.

“We have been working non-stop for about a month now, just getting prepared,” stated Tuscumbia Parks and Recreation Director Joel Kendrick.

The normal list of things to get done could be multiplied ten-fold. Five to eight feet of flood water consumed the park back in February. The Federal Emergency Management Agency has stepped up to fund repairs.

“There was a lot of damage,” Kendrick said. “Spring Park took a really hard hit; we had over $3000,000 in damage. It’s kind of hard to believe, but every building had to be gutted and rebuilt.”

Contractors and volunteers have been working to repair the train, splash pad, and electricity outlets. As for the park’s centerpiece carousel, it could be a while 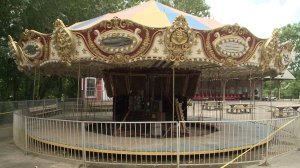 before kids ride it again.

“It’s probably going to be the longest process just because the uniqueness of it,” explained Kendrick. “All of the other projects we hope to have completed within a couple of months.”

Despite the number of projects they have to complete, city leaders say they are comfortable with where they are at and hosting thousands of people next week for the Keller Festival.

The annual Helen Keller Festival officially begins Thursday evening with a parade through downtown Tuscumbia and concert inside of Spring Park.