MUSCLE SHOALS, Ala. (WHNT) – Muscle Shoals Police responded to the scene of a shooting that left a man and woman dead.

According to police, the shooting happened around 2:20 at Jody’s Restaurant located at 1460 Highway 20.

“The male was inside of a parked vehicle in the parking lot of the restaurant, the female was outside of the vehicle,” said Evans.

Friends of both the victims say they saw the two together shortly before the shooting.

“She came up and hugged me,” said Simone Davidson, long time friend of Glover, “and she seemed very upspirited like she always is.”

“I just don’t understand,” she said.

No word yet of a relationship between the victims or a motive. Police will continue to investigate.

On Sunday, friends and family of the victims gathered to remember them. They said a prayer and released balloons in their names. 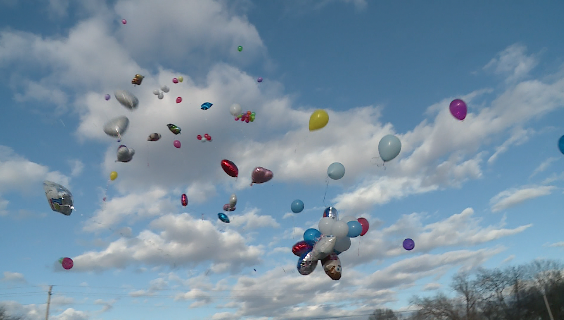 WILCOX COUNTY, Ala. (WIAT) -- Two people are dead and another person is seriously injured following a domestic violence call in Yellowbluff.

Michael Jackson, the district attorney for the Fourth Judicial Circuit, told CBS 42 that the deputies were responding to a domestic violence call when a woman ran out of the home followed by a man firing a weapon. The chief deputy, Trenton Gulley, was shot along with another deputy. Both officers were airlifted to a hospital.

SCOTTSBORO, Ala. - A male body was found in a field in Scottsboro Wednesday afternoon.

Captain Erik Dohring with Scottsboro Police said a male body was found around 12:40 p.m. in a field at the 1500 block of Highway 79.

DECATUR, Ala. - A U.S. District judge on Tuesday said that United Launch Alliance is not required to accept the religious and medical exemption requests filed by five employees in response to the company's COVID-19 vaccine mandate.

Hunter Creger, Benjamin Eastman, Sherrie Maine, Lance Norwood and Zachary Breland filed a lawsuit against ULA after they were placed on unpaid administrative leave for refusing to get vaccinated against COVID-19.

How good sleep can improve your overall health

Omicron booster: Will we need a shot that targets the mutated variant?

You can now adopt a child's letter to Santa via USPS

Dolly Parton named to ‘2021 People of the Year’ list