FLORENCE, Ala. – Police arrested a man who they say stole a car that was left running in a parking lot. 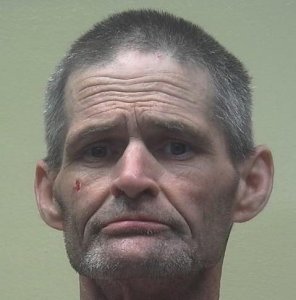 Officials say they arrested Barry Wisdom for Theft of Property in the 1st degree. Officials responded to a stolen car call at the corner of Tennessee Street and Court Street. When officials arrived the theft victim said she left her car running and went into a business and then watched someone drive away in her car, according to the report.

Officials say they were able to locate the car with Barry Wisdom a few minutes later at the intersection of Locust Street and Irvine Street. Wisdom was taken into custody by police and is in the Lauderdale County Dentition Center.