LAUDERDALE COUNTY, Ala. – Businesses and individuals in northwest Alabama are being put on notice. Thursday morning, prosecutors and drug task force agents announced a crackdown on the sale of oils containing cannabis extracts. 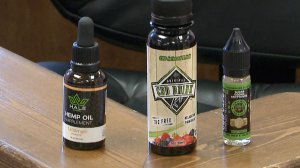 These small bottles have been flooding the shelves of stores throughout Colbert and Lauderdale counties. Many of those selling them have been told it’s legal because of the low levels of cannabis extracts they contain.

“Marijuana and CBD are both schedule one controlled substances, and they are illegal except as provided by Carly’s Law and Leni’s Law,” said Lauderdale County Chief Prosecutor Angie Hamilton.

Those two state laws allow designated patients of epilepsy and other illnesses to use a prescribed medication containing the extract. 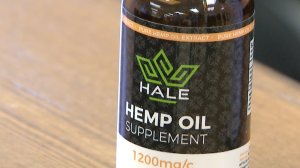 As head of the Lauderdale County Drug Task Force, Tim Glover says the businesses who are selling these small bottles or those like them are doing so illegally.

“You look at the products they have on the shelves there in numerous convenience stores throughout Lauderdale County; they actually sold products that contain CBD derivatives,” stated Glover.

So prosecutors and drug task force agents in Colbert and Lauderdale County’s are giving individuals three options: Turn the products in to the drug task force in their county, face felony prosecution, or get rid of it.

“If you have it from a company, you need to send it back to that company and hopefully they will return the money that you paid for it,” Hamilton said. 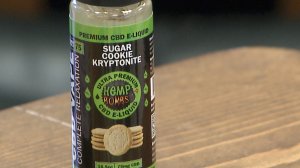 A cease and desist letter is being sent to known individuals and every convenience store in the Shoals warning them of future prosecution if they continue to sell these products.

Any products which contain CBD, THC, or hemp are considered illegal in the state of Alabama.