LAUDERDALE COUNTY, Ala. – WHNT News 19 has been contacted numerous times about overcrowding at the Lauderdale County Detention Center. The sheriff’s office is just weeks away from opening a female only detention center, but is it going to be enough? 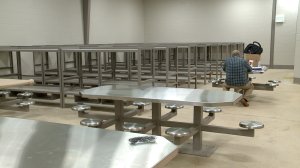 Population numbers have steadily increased at the Lauderdale County Detention Center since 2016. Before the state Prison Reform Act, their average was closer to the declared capacity of 203. On Thursday morning, 331 inmates were locked up.

“We all knew when we started this project that this was not a long-term fix,” stated Sheriff Rick Singleton. “This was just to give us some breathing room.”

Sheriff Singleton gave us a glimpse of the new $1 million women’s detention center. The dorm style facility will be ready to open by the first of April.

“We have 128 people sleeping on the floors. This will take 53 of them off the floor,” said Singleton. 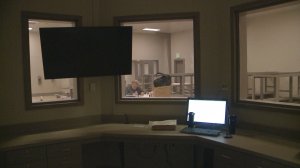 And with the rising number of women committing crimes, Singleton said some will have to sleep on the floor inside of here. He says the county commission will need to come up with more of a long-term solution soon.

“When we started the discussion about what we needed in terms of a new facility, my original thing was if we had 350-beds we would probably be good for ten years, we are there,” Singleton explained.

A new detention center could take up to four years to plan and construct. At a price tag of $40-million, the question still lingers of how to pay for it.

ROGERSVILLE, Ala. - Roll up those sleeves!

SHEFFIELD, Ala. - Sheffield Police say a Tuscumbia man is in jail on a murder charge.

According to Chief Ricky Terry, officers responded to an argument around 12:30 a.m. Monday on South Columbia Street.

Russellville police said Tuesday that the mayor and City Council made the decision after consulting with Dr. Karen Landers from the Alabama Department of Public Health. Officials said they did not believe social distancing measures could be met for the event.