LAUDERDALE COUNTY, Ala. – A new law goes into effect on August 29th which streamlines the marriage process in Alabama. No longer are people required to have a minister or judge involved. 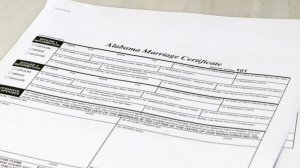 Starting Thursday, instead of obtaining a license to get married, essentially all you do is fill out a form downloaded off the web, turn it in with your fee, and you’re married. It will actually be that easy, but there are some key elements you should be aware of.

With the marriage license application of old, it had to be signed by a judge or pastor once a ceremony was performed. Now a Notary Public stamps the contract verifying you signed it. Judge Motlow disagrees with the new process; primarily for the safety of those involved. 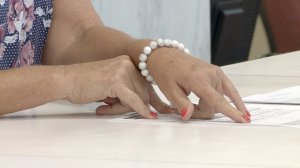 “When we get to see people it gives us the opportunity to know that someone is of sound mind when they are entering into a marriage and that they are not under duress. Without those safeguards I think those issues are more likely to happen,” Motlow stated.

Also changing in the new law, a 16-year-old can now be married with the consent of just one parent. It used to take both parents and a trip to the courthouse.

Once the new marriage certification is signed and notarized, the form has to be turned in and filed with the County Probate Office within 30-days. If the form isn’t filed, the marriage will not be considered legal in Alabama.

TUSCUMBIA, Ala. - Roll up those sleeves!

The American Red Cross is hosting a blood drive in Tuscumbia Friday morning.

FLORENCE, Ala. — Students at Harlan Elementary School in Florence received a special surprise when they arrived Thursday morning.

The Listerhill Foundation surprised every student with a brand-new pair of athletic shoes for the Kicks for Kids program.

Can everything in Australia really kill you? Here’s what Ashtyn’s Grandma Lyn thinks

Can my employer legally ask if I received the COVID-19 vaccine?

Colorado officer dislocates shoulder of woman with dementia after she ‘forgets’ to pay $14 for groceries: lawsuit