SHEFFIELD, Ala. – After serving as interim police chief since April, Sheffield’s civil service board promoted Ricky Terry to the city’s top position.

Terry has walked through the doors of the Sheffield Police Department for more than 22 years. He was named interim chief after the retirement of Greg Ray in the spring.

“It was a relief,” Terry said. “It was a lot of stress on me, being back here, not knowing. Now I feel like I can release that hand that has been tied behind my back and we can start moving forward with the department.” 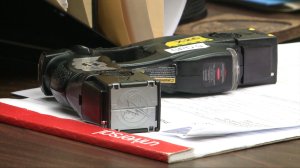 During his wait, Terry started replacing aging equipment and adding to it. Tasers, body cameras, a redesigned badge and new vehicles are just a few of the new things he’s already gotten.

“We just lost three police officers, and I think that was one of the problems — they didn’t know,” he said. “They knew I had been the interim since April, and it hasn’t been posted the last three months.”

Terry wants his officers and administration to be more in touch with Sheffield’s residents.

“The big thing is community policing,” he said. “I think we need to get out in the community more. I know I’m not an elected official, but to me I still work for the citizens of Sheffield.” 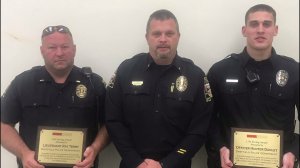 On Monday night, Terry did something that hasn’t been done with the department before: He gave out the first “Life Saver” plaques to officers, patting the men and women on hteback for a job well done.

Terry said he will spend a few months evaluating the department and then determine if changes need to be made.

FLORENCE, Ala. – The University of North Alabama said Monday all 2020 summer classes would be taught remotely because of the coronavirus pandemic.

The university also said its campus will now be accessible only from sunrise to sundown.

FRANKLIN COUNTY, Ala. - A single-vehicle wreck claimed the life of a 19-year-old from Haleyville.

The wreck happened few miles south of Phil Campbell at 7:49 p.m. on Sunday, March 29th. Authorities say that Andrew Wayne York, 19, was killed when he lost control of the 2005 Ford Mustang while driving northbound on AL 237.

CHEROKEE, Ala. - FreightCar America is shutdown in Cherokee due to an employee testing positive for COVID-19.

In a statement, the company said railcar production will be suspended until Apr. 7.

Can coronavirus infect you through your eyes?

Over 800 Chicago police officers, employees call out sick in one day

Walmart to begin temperature checks for employees in US stores