LAUDERDALE COUNTY, Ala. – After six years of talking about it, a new animal services facility opened Monday in Lauderdale County. It replaces an outdated and cramped shelter built more than 30 years ago.

The relief could be seen on many faces during the ribbon cutting Monday morning. Two years after purchasing this plot of land on Roberson Road, the Florence-Lauderdale Animal Services building is open for business. 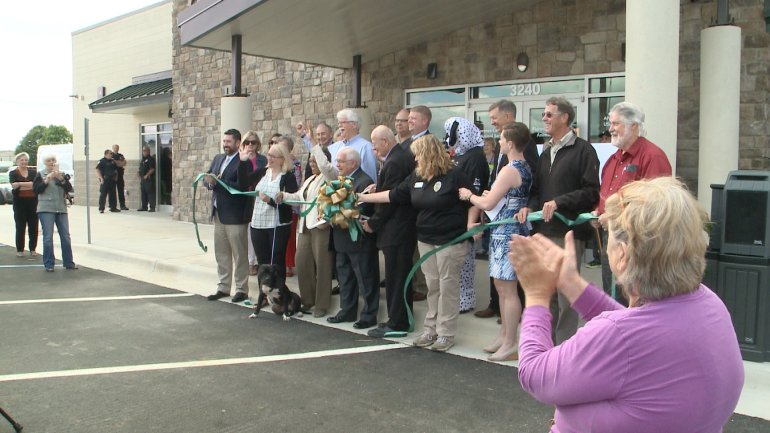 “Everything in it is much needed and a fresh start,” stated Florence Mayor Steve Holt. “Everything here is state of the art, so our ability and the efficiency of it is just amazing.”

Animal Services says nearly four hundred dogs and cats can be housed here if the need arises. With a price tag of $3 million, the facility is four times the size of the previous shelter.

“It was just a place to hold the animals. It was small, it was cramped, it was leaky, it was moldy. It just had outlived its usefulness,” explained Florence-Lauderdale Animal Services Director Cheryl Jones. 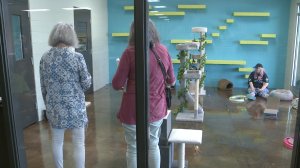 For the last couple of weeks, employees and volunteers have been training and preparing to bring animals in. The space here affords them several opportunities they did not have before.

“We will really be able to assess the animal’s behavior as they come in. Be able to better market them and really highlight what their personality and characteristics are,” Jones said.

The first of the dogs and cats who will stay here temporarily are getting used to their surroundings, and adoptions are already underway.

To help control their population at the new facility, Animal Services is asking anyone who is wanting to surrender an animal to call first and make an appointment.

The new animal services facility was paid for by the city of Florence and the Lauderdale County Commission. 16 acres of the property will be fenced to accommodate horses and cattle who may be surrendered or a court-ordered confiscation.