LAUDERDALE COUNTY, Ala. – As schools return to class after a long summer break, police officers across north Alabama are warning the general public of a rising danger. Their message is simple but very important, when the flashing lights come on saying a school zone is active, slow down to the speed limit. 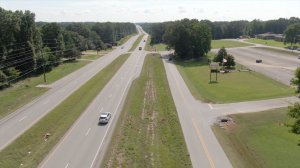 Cars and trucks zoom past at 55-mph, but at times that will change starting Wednesday morning. Drivers along U.S. Highway 72 in Killen, in front of Brooks High School, will have to slow to 35.

“A lot of people don’t pay attention to those flashing signs,” stated Sgt. Dennis Tate with Killen Police Department. “They are busy deciding what they are going to do when they get where they are going.”

Inattention is one of the biggest issues Killen police see when working in the school zone. Sergeant Tate said they will have multiple officers in the area as school returns. Their mission, to caution drivers of the danger ahead.

“We have over 12 buses loaded down with children coming across east and westbound lanes. It is very dangerous,” said Tate. “There is no way a school bus can get out of the way quick enough to avoid a collision with a car running that fast.” 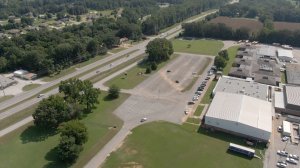 Hundreds of cars will be coming and going off the campus during the mornings and afternoons. Sergeant Tate says being a high school it is especially dangerous through the zone due to the number of student drivers.

“Sometimes they have not had enough hours in their vehicles to understand how dangerous it is. So, we’ve got to be super careful,” Tate explained.

Over the next two days, school zones will again be active in Lauderdale County. The county school system returns Wednesday, with Florence City going back on Thursday. Take this warning and slow down.